“It was on a dreary night in November that I beheld the accomplishment of my toils. With an anxiety that almost amounted to agony, I collected the instruments of life about me, that I might infuse a spark of being into the lifeless thing at my feet. It was already one in the morning; the rain pattered dismally against the panes, and my candle was nearly burnt out, when, by the glimmer of the half-extinguished light, I saw the dull yellow eye of the creature open; it breathed hard, and a convulsive motion agitated its limbs.”

From the poetry and light novels of her Romantic peers, including her terrible husband Percy Bysshe, who wrote one good poem in his life, Mary Shelley shocked the world with her break-out work of horror. The story of a mad scientist, possessed of an inescapable desire to create artificial human life, captured such impossibly high themes of ambition, responsibility, and humanity, and presented them in such a magnificently compelling way that it remains, nearly two hundred years after its publication, one of the canonical works of English literature, all but defining the underpinnings of the Western horror genre.

It’s been recreated, rewritten, adapted onto stage, into film, comic books, cartoons, television, and even video games, with varying success. No one has perfectly captured the essence of the original work, but one incarnation stands out amongst the rest as the definitive re-imagination, producing one of the most iconic characters in cinematic history:

The Plot: The story begins with Dr. Henry Frankenstein (Colin Clive) and his hunchback assistant Fritz (Dwight Frye) robbing graves late at night. They’re collecting body parts for Frankenstein’s latest experiment: to sew together pieces of the dead into a full human and bring it to life. The end result is askew following Fritz’s gross incompetence in providing the brain of a madman. Frankenstein’s Monster (Boris Karloff, credited simply as ‘?’), escapes his negligent creator and, lost in a bizarre world and without a fully-developed brain, embarks upon a murderous rampage.

James Whale’s film adaptation is pretty disloyal to the novel by Mrs. Percy B. Shelley (as she is credited in the film, because 1931). It leaves out several important plot points and dramatically alters the characters, even beyond renaming Victor as Henry. Whale’s monster cannot speak and moves very haltingly, unlike Mrs. Shelley’s intelligent, coherent, agile monster. Some of the major events of the novel are touched upon in the 1935 sequel Bride of Frankenstein, but they still never make it to the Arctic.

Universal Pictures
This science is pretty sound, though.

Nevertheless, and despite these differences, Whale’s film succeeds on a higher, and much more important level. He captures the existential themes of the text, bringing to light all of Shelley’s great ideas. Of course, the main question in both film and book is what it means to be human. Though the plot differs, the monster’s persecution, the animalistic frenzy of the frightened villagers, Frankenstein’s cowardice, and the degree to which a father might be responsible for the actions of his child are all intrinsic to the film’s success. The monster is hardly to blame for his actions. His crimes can only be judged insofar as one may judge the crimes of a child, but because he is in the form of a super-powered, hideous adult man, we and the characters are compelled to condemn him. Though we fear him and hate him for his violence and monstrosity, we can’t help but feel bad for him, and in a similar way fear and hate the barbaric mob that brings about the monster’s end (or so they think). 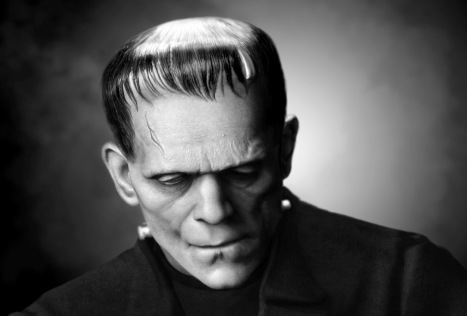 Universal Pictures
I dare you to hate that face. I dare you.

Of course, the idea of the sympathetic monster is signature of most of the classic Universal Studios Monsters. Horror has always been popular in film, and the silent era boasts in own host of movie monsters, such as Count Orlok from Nosferatu, the Somnambulist and title character from The Cabinet of Dr. Caligari, the Machine-man from Metropolis, etc. One of the most groundbreaking and intriguing characters from this era, however, is The Phantom of the Opera. He was among the first truly sympathetic, but truly repulsive monsters, and acted as a perfect precursor to Frankenstein, The Wolf Man, The Mummy, Creature from the Black Lagoon, and… eh, not really Dracula, actually, I don’t feel bad for that guy. The others, though, those are all scary, but sympathetic creatures. Predating the others (though following Phantom and Dracula), Frankenstein was vital to the development of these characters, and a strange trend towards asking the audience to relate with their enemy. These movies reigned over the genre throughout the depression and the Second World War, and survived about a decade into the Cold War, and then promptly died when the fear became too real and people started making movies about aliens from space and the unfortunate side effects of radiation. 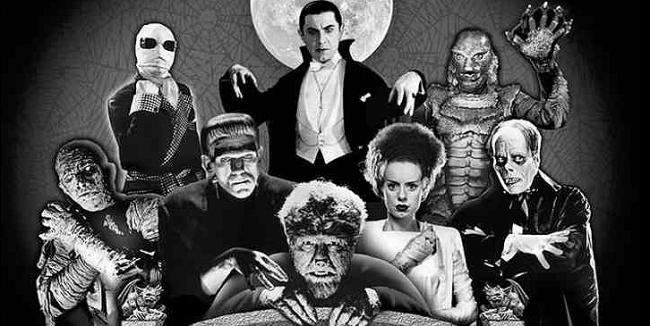 Universal Pictures
I miss you guys.

After we got over that phase, we moved into the slasher era with films like Halloween and Texas Chainsaw Massacre. Those have their merit, I guess, so did the Cold War movies. Nowadays we’re still mostly in slasher mode, but we also like possession films and ghost stories and zombies and sexy vampires, but where are our monsters? Those old movies said something. They questioned popular definitions of monstrosity, villainy, and fear. There was a bad guy, sure, but why was he bad? How often was it the direct result of the actions of the heroes? I just recently re-watched Creature from the Black Lagoon, in which the monster is on the defensive the entire time. Invaders come into his home and attack him because he is freakish to them. As viewers, we root for the humans because they’re attractive and American, but they’re also completely in the wrong. 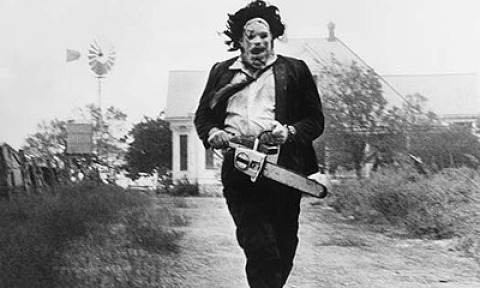 Vortex
On the flip side, I dare you to love this face. I dare you.

Frankenstein does much the same thing. Henry Frankenstein is certainly one of the most intriguing characters in the Universal canon. He’s part way between two tropes: Mad Scientist and Oxnard Montalvo. It’s disturbing in both this film and its sequel that he’s able to escape scot-free, without suffering any consequences for playing God. His monster is blamed for the killings, he’s considered a hero by the townspeople, and he lives happily ever after with the Girl Friday. This is, of course, also a notable departure from Shelley’s novel, but it’s a wholly appropriate one for this kind of movie. What does all that say? How can we ever side with someone like Frankenstein and consider him heroic? How can we cheer on the characters from Creature when they basically spend the entire movie antagonizing a fish for no reason?

Nickelodeon
It is pretty hard not to support this guy.

These films had points. Halloween is a great movie. It is expertly directed and really, really creepy, but it brought about a wave of trashy slasher movies that just have nothing to say at all. There are lessons to learn in the Universal Studios Monster movies, but it’s been a while since I’ve seen a recently-released, thought-provoking horror film. If the smartest innovation we have in the genre now is to make fun of its tropes for an hour and a half (re: The Cabin in the Woods), or to just be ostentatiously gross (re: Evil Dead), then what is the point?

This article started out as an ode to a masterpiece of horror and ended up with me bringing myself down about the state of a contemporary genre. Damn. Don’t get me wrong. I don’t want more of the same. I don’t want remakes. I don’t want to butcher old material. Give me something creative, please.