Sci-Friday’s columnist, Sarah Lawrence, has dubbed this month “Shame September” where we will watch and review movies or TV shows that we are ashamed to have never seen. As an added disclaimer to the fans of this anime, please don’t kill me. 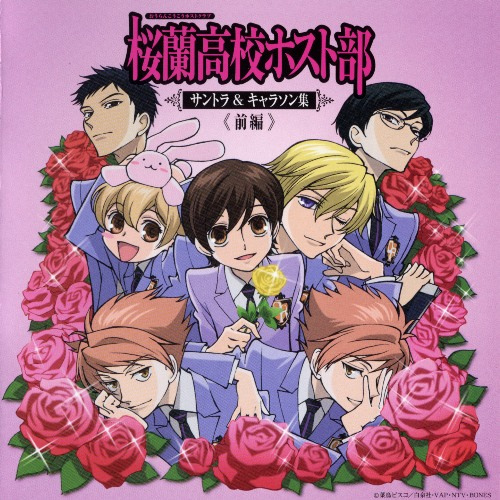 Bones
Welcome to the Host Club! Sparkles, very much included.

Over the years, many people, including several friends, have tried to get me to watch this dumb show, and those recommendations have been outright ignored. I was finally convinced by a friend to watch it a few weeks ago, and I probably only conceded because I made him watch a show that I like. Long story short as to why I deliberately avoided watching this 26 episode anime was probably because it was based on a Shoujo Manga (girl’s comic), which are generally of the romantic genre, which have no interest in whatsoever. Based on the massive amounts of fan art and fan-fiction on this anime that I see while skimming through art websites, and through the fan-girling* of its supporters, I pegged it as your run-of-the-mill high school romcom. However, after watching it, labeling Ouran High School Host Club as such would be a disservice to the show. In fact, it satirizes romantic comedy dramas, by portraying classic tropes and pointing out the stupidity of them. Not only that, but it manages to sneak in some drama of its own which focuses mainly on character development over romantic development. Sadly, I feel like a lot of the cleverness of the show is lost on most of its audience.

Ouran High School Host Club is about a down-to-Earth, tomboyish girl named Haruhi who gets a scholarship to attend “Ouran Academy”, which is “an elite private school for the super rich.” After being mistaken for a boy and breaking an expensive vase, she is coerced into joining the Ouran Academy Host Club to repay the cost of the vase. The Ouran High School Host club “is where the school’s handsomest boys with too much time on their hands entertain young ladies who also have way to much time on their hands.” The handsome boys in question include the “strong silent type”, Mori, the “boy lolita”, Honey, the “mischevious type” or the twins, Hikaru and Kaoru, the “cool type”, Kyouya, and the “princely” leader of the club, Tamaki. Sounds kind of mushy and annoying doesn’t it? Well, for many of the episodes it is. The show starts out episodic, with many of the scenes introducing irritating side characters with rather predictable plot lines. It manages to still reference past events in later episodes and has a healthy dose of fourth wall breaks, but I found myself mainly annoyed with the tropy-ness of the first half of the show, even if it was done for gag effect. 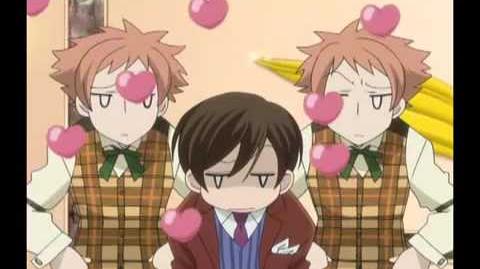 What I did find really clever though was that the first half of the show was dedicated to developing the character’s characters. Basically, it was just showing the acts that they put on in the Host Club to woo the ladies, and then making fun of the fan-girling that ensued. Only later does it reveal more of the members’ actual personalities and goes into personal backstories. It is an interesting method of character development and works well to both satirize their cliche roles in the genre, and to show who they are as people by revealing just how much of an act is their act.

Bones
The power of the fan-girl is too much for me.

The unfortunate side effect of this, it seems, is that this boundary is lost on many fans. With the way I’ve seen many people talk about the characters, they appear just as caught up in their host-based roles, as the squealing two-dimensional fan-girls attending the actual Host Club. For instance, there seems to an almost pedophilic attraction to Honey – who is really 18 years old, but looks like 8. And don’t get me started on the twins, whose fans seem to enjoy their “brotherly love” a bit too much; because, I don’t know, taboo love is hot? The twins probably get the most development out of the characters, too, so the differences between how they act in the host club and in real life should be more well understood.

It is both hilarious and kind of sad that the show is satirizing the very way that most of its fans act. It makes fun of romantic tropes, yet the most talked about subject that I’ve heard of the show is “who Haruhi should be with.” I really liked the fact that the story has little to do with romance and more to do with personal dramas. And what I liked most of all is that Haruhi never ends up with any of the guys. She’s way to awesome to deal with any of that romancing shit. She just remains a good friend and beloved member of the club. Overall, it’s a rather silly show, and I’m not sure if I’d watch it again, but I really like what it was trying to do. I would recommend watching it, but before you do, please check your fan-girling at the door.

*Note that when I say “fan-girling” or “fan-girls” in this article, I apply it to both males and females. I use the feminine version of the phrase purely to compare with the literal fan-girls within the show. Also to constantly write fan-girling/fan-boying is annoying and long, and ruins the flow of the sentences.

3 thoughts on “Saturday Morning Cartoons: Shame September – I like “Ouran High School Host Club,” but not its fans”