Hannibal is back, and I could not be more excited. Some of you may recall that my attempts to recap the last season ended in abject failure when I gave up with five episodes left. I mean, I still watched them. I just didn’t write about them. But fear not, for this year I totally have my shit together. Totally. 100%. Let’s do this thing.

Before I get into the meat (heh) of this thing, a brief refresher: Will is in prison for several murders, which, like, he absolutely did not do. Everyone else still thinks that Hannibal is a pretty swell guy. 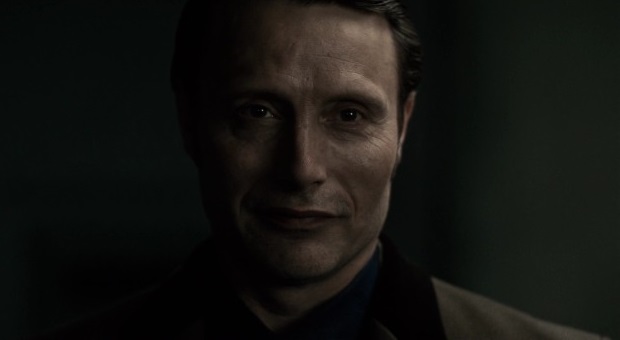 I mean, how could you not trust that face?
Source: http://bit.ly/1qdVJpU

WARNING: THERE WILL BE HELLA SPOILERS PROCEED WITH CAUTION

Plot Overview: A wrongfully imprisoned Will Graham searches his memories for proof that Hannibal framed him, all the while trying to convince everyone else of Dr. Lecter’s guilt. Alana has filed a report to the FBI, requesting that Jack be investigated for misconduct regarding his failure to protect Will. Meanwhile, Hannibal continues to obsess over Will and manipulate everyone else. He becomes “the new Will Graham,” acting as consultant on a new case involving a serial killer who turns corpses into models. Will recovers the memory of Hannibal shoving an ear down his throat, and promises that “there will be a reckoning.”

Season two starts with a bang, some thuds, and whatever other onomatopoeia you’d use to describe a badass kitchen fight.

The episode opens with Jack and Hannibal trying to kill each other in Hannibal’s kitchen. It’s excellently choreographed, and perfectly brutal. Probably my favorite part of the fight, other than Hannibal’s inspired use of a pepper shaker, is the fact that the two combatants have different fighting styles. That may not seem like a big deal, but think of how often shows and movies just go for the generic. Either everyone is surprisingly good at some form of martial arts, or the good guy is the only one who can fight. Here, Jack is clearly the better fighter. He’s got years of training and experience under his belt, but Hannibal is younger and crazier. What he lacks in technical skill he makes up for in primal instinct. The fight ends with Jack getting a shard of glass to the neck and hiding in Hannibal’s bitchin’ wine closet. A knife-wielding, bloodstained Dr. Lecter begins to throw himself against the door. Cut (heh) to 12 weeks earlier.

In the present timeline, Jack and Hannibal are getting ready to be investigated by the FBI. They are also having a fancy-ass dinner. Spoiler: that fish isn’t really fish. Also, I’d forgotten how much I love the food on this show. I may not condone cannibalism, but I could probably compromise those morals for a seat at Dr. Lecter’s table.

Okay, so if the plot synopsis didn’t make it clear, there are basically four things going on in this episode: Will trying to get his memories back, Hannibal being a manipulative bastard, everyone else dealing with the repercussions of Will’s “crimes,” and the gang investigating a new serial killer. In the past, my recaps have been heavy on plot synopsis, but I’m going to switch it up this time and focus on each of those four plotlines separately.

“Memories Are All I Have” 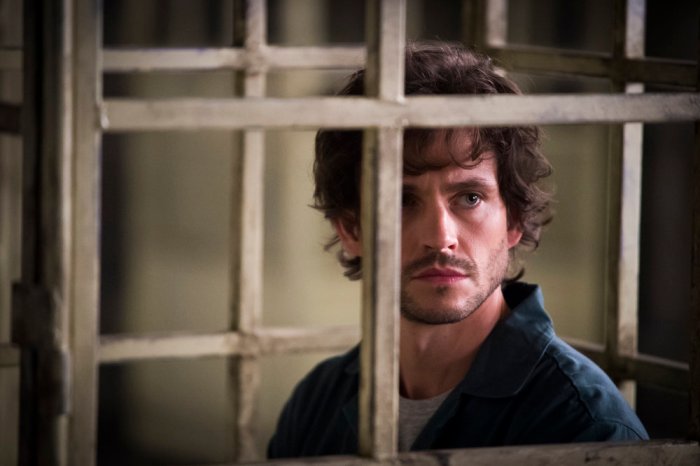 Let’s talk Will Graham. This episode finds him, quelle surprise, in prison. After last season’s prolonged descent into madness, it’s refreshing to see Will finally starting to come out of the fog. He’s still all tremble-y and broken, but there’s a sense that he’s regaining control. Over the course of the episode, he gets several visitors, each trying to get something from him. Dr. Chilton wants his prize-winning patient so he can get a blue ribbon at the county fair. Hannibal wants to continue manipulating Will. Alana wants to see Will come to terms with what he’s “done.” Beverly wants Will to profile the killer-of-the-week. Jack wants the same thing that Alana wants, for Will to abandon his “delusions” and accept that he is a murderer.

Highlights of Will’s plot thread: The hypno-therapy scene, and Will’s face when he realizes that Beverly just wants to consult him on a case.

The hypnotism scene doesn’t tell us anything new in terms of Will’s mind, but damn does it have some cool visuals. Alana going full-on evil Galadriel and then melting into black goo, that table full of still-living food…damn. 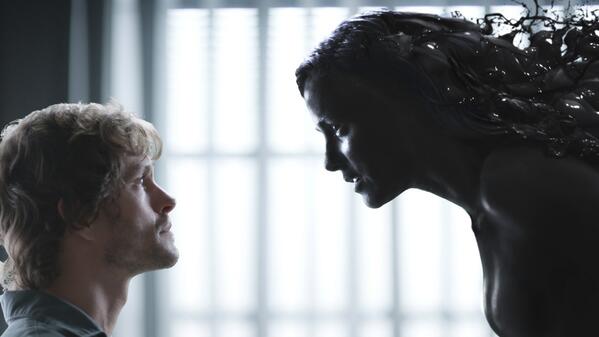 The scenes of Will’s friends visiting him are all kind of heartbreaking. Alana, Jack, and Beverly all believe that he’s a murderer, and through their eyes his determination to accuse Hannibal of the crimes is kind of pathetic. When Alana and Jack come to visit, he knows that it’s to talk about his mind, or the murders. When Beverly visits, he actually seems surprised and even glad to see her. When she tells him that she’s here about a string of recent murders, his smile instantly fades. He looks sick. He knows that his friend just wants him for his empathy power. It’s a great scene, more so for the character work than the revelation that the killer is selecting victims to make a “color palette,” though that is creepy.

“I Got to be Will Graham Today”

Oh, Hannibal. I wonder if we’ll ever really know you. So far it’s been hard to gauge him beyond “manipulative bastard.” Sure, I enjoyed his perverse Bromance (Microsoft Word, why did you automatically capitalize that word?) with Will in the last season, but there was always that darker subtext: Hannibal, fascinated or not, was toying with Will. Now that poor Mr. Graham is in prison, Hannibal is deprived of his obsession. He tells Dr. Du Maurier that he misses Will, and I believe him. But does he miss him as a “friend,” or as an experiment? Whichever it is, I love the look on his face when he says “I got to be Will Graham today.” Half childish glee, half…regret? There’s more to Hannibal than classy psychopath, but how much more I guess we’ll find out as Will regains his sanity.

Also, I can’t wait to find out what’s really going on between Hannibal and his psychiatrist. It’s evident at this point that he’s killed for her, but how much does she know? According to Hannibal, she doesn’t know what he’s capable of, but I suspect that’ll change very, very soon.

“We All Missed It”

Poor Jack. He spent so much of last season worrying about Will, only to discover that he’s failed his friend. Also, his wife is dying. Remember that? I wonder if we’ll see much more of Mrs. Crawford in the coming episodes. I hope so. It feels weird that the show pushes her out of sight so often.

Oh, and in twelve weeks he’s going to get stabbed in the neck. That’s gonna be a rough day.

Looks like someone’s got a case of the Mondays.
Source: http://bit.ly/1ifLICX

Poor Alana. She clearly loves her friend, and will do everything she can to get him back. Unfortunately, she’s convinced that “getting him back” means “convincing him to admit that he’s a serial killer.” It’s nice of her to look after the dogs, though.

The interactions between Jack and Alana in this episode are great. They both blame themselves for “losing” Will, but it was his judgment that put him in harm’s way in the first place. The fact that he’s so understanding about that report that she filed with the FBI attests to the strength of his character. Oh, you care about your friends and you hold yourself accountable for your actions? I like that in a man.

“You Have Nice Skin”

As usual, the killer-of-the-week is the least interesting part of the episode. I’m invested in the characters, not the gore. The new serial killer abducts his victims Buffalo Bill-style (from what I remember of The Silence of the Lambs), then fills them with heroin and silicone and coats them in resin. He’s making human models. So far, the Feds just have his discard pile, and are left wondering how many other victims he has. We find out at the end of the episode. It’s a whole bunch, placed carefully inside of an empty grain silo to form the shape on an eye.

While I felt that the killer-of-the-week stuff detracted from the things I actually wanted to see, I do look forward to watching it play out. This show has been (mostly) good about using the side-murders to develop the main characters.

Recap of the Recap: Season 2 starts off with a great first episode. The character work is strong, and the story as involving as ever. Hannibal hasn’t lost any of its trademark morbid elegance in the long hiatus, and it looks like the rest of the season will continue to maintain that standard. I, for one, am wicked psyched.

What did you guys think? Good premier? Less than you expected? More? For that matter, where would you like to see the show go from here? Who’s going to make it to the end?

Tune in at some point after today’s episode and before the next for my recap of episode two.