This has been a really weird year for me so far. I’ve reviewed, like, five new movies. That’s crazy! Usually I just write about anything I happen to have seen recently, which can range wildly and is how I ended up writing about The Last Unicorn. Of course, movie critics generally try to stay pretty up-to-date with things. Now, because I’m in London right now, some of the movies I’ve seen in theaters had been out in the States for weeks, like Jack the Giant Slayer, and some hadn’t come out yet at all, like Stoker. I was so ahead on that one. Well, high-fives for efficiency, because here comes another new movie that hasn’t gotten wide release in America yet. You can actually use this article as an indication of whether or not you should see this movie. It’s almost like I’m a real critic. Could you imagine? 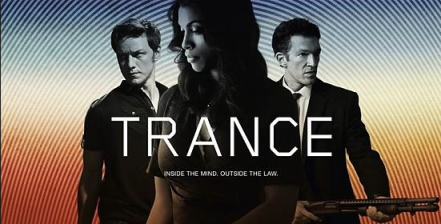 The Plot: Simon (James McAvoy) is an Unassuming Nice Guy (UNG) who works for an auction house that specializes in dealing rare and really, really, really expensive art. Shit gets real when a thief, Frank (Vincent Cassel) shows up one day and steals a rare and really, really, really expensive painting from Simon, knocking him out in the process. Frank escapes with his gang and checks the package only to discover that TWIST the painting has been cut from the frame and missing. After Simon recovers in the hospital, Frank comes looking for answers and it is revealed that TWIST Simon was in on the heist. Where’s the painting? Why did he remove it? He can’t remember because he has brain damage from being knocked out. So, in order to find the painting, Frank hires Elizabeth (Rosario Dawson), a hypnotist, to work her mojo on Simon and unlock the secrets in his brain. More TWISTS ensue.

At this point in the movie, Trance is super cool, super fun, super clever, and super likeable. The TWISTS are all well paced, unexpected, and they further the plot in really creative and engaging ways. It’s got a pretty cool premise, too, one that sounds dumb, but isn’t. There’s only one problem…

Trance is not a clever movie, but it tries so very hard to be one. Its approach is to pile on more TWISTS than Charade, but without any of the charm. A friend of mine rather nicely described it as, “Ocean’s Eleven without the charm, Inception without the logic, and Eternal Sunshine of the Spotless Mind without the heart.” This is a pretty apt description. It’s always upsetting when a movie obviously falls short of its intent, especially when it has such clear aspirations towards better films. Trance was particularly disappointing, though, because it’s directed by Danny Boyle (Trainspotting, Slumdog Millionaire), and this just wasn’t on par with his other work. He shouldn’t have to try to be Inception; he’s Danny Boyle. He’s a great and innovative filmmaker, so why was Trance neither of those things? 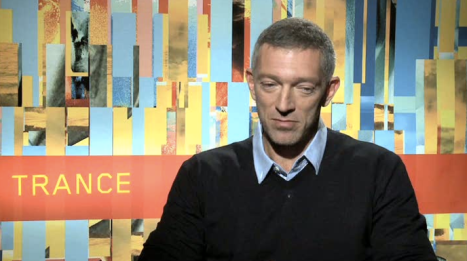 Fox Searchlight Pictures
Months after production has wrapped up and he still hasn’t gotten over the initial shock of that first TWIST.

Now, I’ll admit that it is unfair to expect utmost consistency from a director. I wasn’t ever expecting Trance to be as good as Trainspotting or Slumdog Millionaire, but I did expect it to be better than it was. It’s a shame, too, because about the first hour of the film is really good; the characters are engaging, the dialogue is witty, the mystery is mysterious, the plot is confusing, but it’s not too confusing. Then everyone starts having sex with each other and it gets all muddled. Even the dialogue takes a dip in quality. You’d expect that kind of thing to be consistent throughout a movie, but not in Trance. The dialogue follows the trajectory of the plot rather than that of the characters… which also follows the plot. Oh, that’s it! That’s the problem: Trance is a plot driven movie. Characters have motivations, sure, but only some of them are actually realistic or logical. Once again, writers Joe Ahearne (who wrote the 2001 TV movie Trance) and John Hodge (Trainspotting, The Beach) clearly got a little too caught up in all of the TWISTS and with how clever they were being, and just assumed that everyone would be so baffled by all of the unexpected TWISTS that no one would be paying any attention to characters at all. Well, they didn’t count on this overconfident unpaid twenty-year-old critic revealing their dark little secret to the world. My work here is done.

Actually, not quite. Despite how utterly scathing I’ve been, Trance isn’t all bad. As I mentioned before, it’s really quite good for about an hour. The only things that remain consistently good throughout the whole movie, though, are the performances from James McAvoy and Vincent Cassel. McAvoy is appropriately likeable and bewildered, but he’s not pathetic. And he really nicely handles the SPOILER character-altering revelation that comes, like, three or four TWISTS from the end. Seriously, though, there are a lot of twists in this movie. 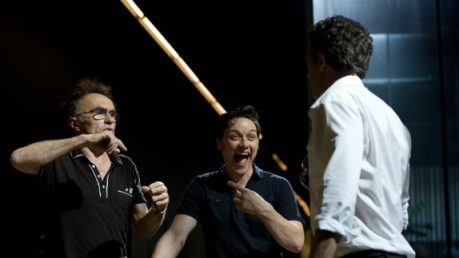 Ultimately, I have to give Trance a pass. I can’t recommend it on any level, at least not in theaters. It’s a confusing movie, but not in the ways it wants to be confusing. I just had a hard time understanding why so many smart people thought so many bad ideas were good. If you’re a particularly big fan of Danny Boyle or any of the actors and just have to see this movie, wait until it comes out on DVD. Or Blu-Ray, if you’re into that kind of thing.