Don’t get too excited about this trailer. This is as good as the movie gets.

Think of a movie about pets. What is the first story idea you can think of? If it involves pets getting lost and then having to find their way back to their beloved owner, then you probably put in about as much effort as the creators did while thinking up The Secret Life of Pets. This film was the most unoriginal and bland animated movie that I’ve seen in a while. Sure, the trailer is pretty hilarious, but what you get in the trailer is the only good humor in the whole film. And even then the jokes are pretty much exactly what you’d expect. It has about the same amount of substance as a cat video, except I’ve even gotten more drama and emotions out of cat videos. I almost think The Secret Life of Pets would have worked well as a short. You could take the first part of it, with the pets doing animal stuff, skip the frivolous story-line, and include the ending with all the pets happily greeting their owners when they come home. It would have been a decent, humorous, and somewhat heartwarming short that pet-owners would have appreciated. Instead it was an hour and a half long boring and emotionless piece of animation that is the entertainment equivalent of dangling your keys in front of an infant. You’d have to be an infant or a child to enjoy this film. As an adult, it did nothing for me.

I’ve heard some praise for the voice cast; Louis C. K. voicing the main dog, Max, does a decent job. And we get some mildly fun roles out of Jenny Slate as a love-struck Pomeranian, Kevin Hart as a psychopathic rabbit, and Dana Carvey as a grumpy old basset hound. But even if the voice cast is good, it has no meaning if the characters have little to no substance. Max is bland and somewhat petty, and his new canine roommate and rival dog, Duke is quite unlikable at first. There’s even a great amount of potential to develop Duke’s personality, especially when they bring up his past owner who turns out to have died. But that revelation is given zero time to dwell on and the audience is given nothing to feel or care about. You would think the movie’s buddy-comedy nature would give us time to see Max and Duke grow as friends, but we are given one random musical interlude and they are all of a sudden pals. And what a bizarre musical number it is. It involves Max and Duke happening upon a sausage factory where they gorge themselves on sausage. What follows is something akin to the pink elephants scene in Dumbo combined with the riverboat scene in Willie Wonka & the Chocolate Factory (1971). The scene starts with Max and Duke going on what seems to be a really bad LSD inspired trip, as they are seemingly teleported into a world of anthropomorphic singing sausages. They then continue to eat the sausage people as the sausages sing “We Go Together” from the final scene in Grease. The scene comes out of nowhere; has little to no bearing whatsoever on the plot, is WAY over the top in terms of ridiculousness; and after it happens, no one speaks of it again. According to the co-director Chris Renaud, the moment was supposed to play homage to the pink elephants scene from Dumbo. He explains that the dogs’ apparent trip is based on a term called “meat drunk” which is a phenomenon displayed by cats who have eaten too much meat. Despite there being reasons behind the crazy scene, all I have to say is that if you have to explain your joke, it is not funny. And that’s what I thought of the movie: not funny. 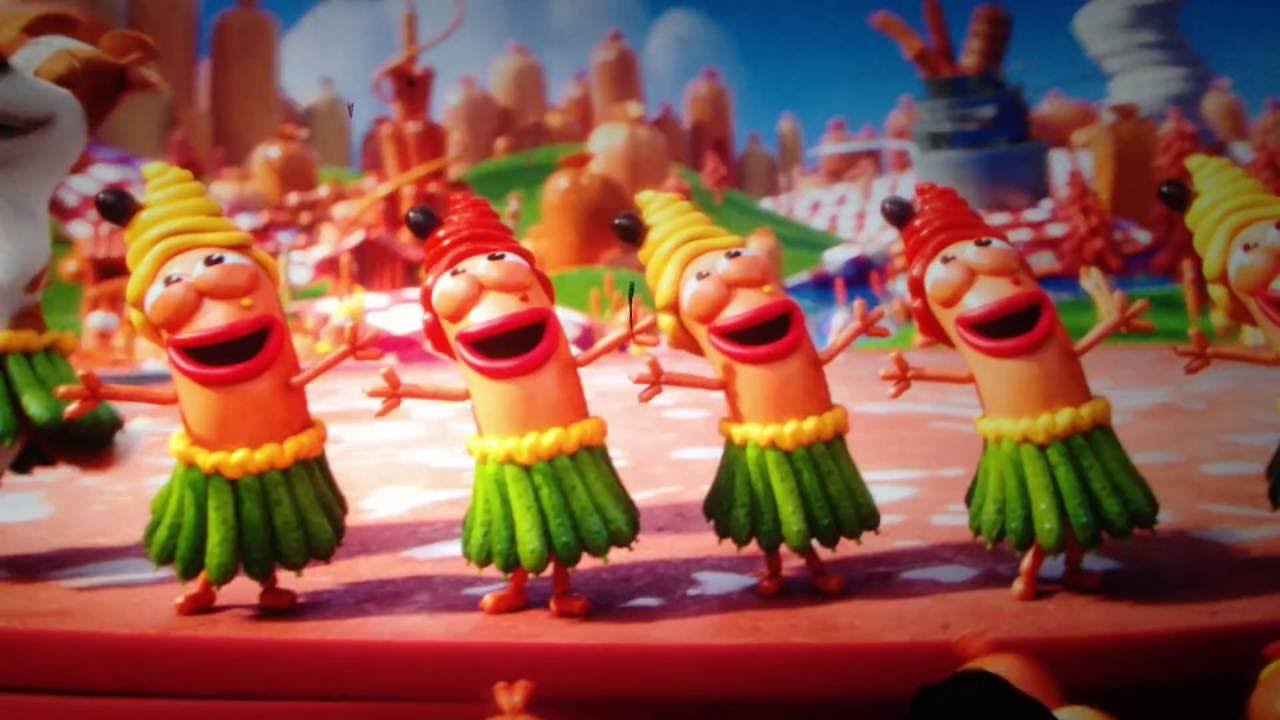 Illumination Entertainment
Seriously, WTF is up with this scene?!

The biggest issue I have with this film is its blandness and predictability. The animation is pretty standard and doesn’t stand out much, the story is unoriginal, and the jokes are exactly what you’d expect. The Secret Life of Pets is a movie. Period. There’s not much to it. It adds nothing to its genre of pet/animal related movies nor does it add anything to the animation medium. If you want to see a movie about pets with essentially the same premise go see Homeward Bound, Bolt, or heck, even an hour and a half worth of cat videos. Any of those are bound to be more entertaining and worth your time than The Secret Life of Pets.