In a recent interview, Werner Herzog, a man who knows whereof he speaks on nearly all things, described Michael Shannon as the greatest actor of his generation: he is “clearly the best.” I ask you, dear reader, how does one go about arguing against Werner Herzog? Let us accept his statement for the sake of argument. Follow-up question: what makes Michael Shannon so damn good at what he does? Obviously, there’s a lot that goes on within an actor’s process, and clearly quite a lot that goes on within this particular actor’s process, and there’s something irresistibly compelling about that face of his, but I think the most important component in defining Shannon’s excellence is his unwavering dedication to his craft. I’ve said it before and I’ll say it again (right now); the crucial distinction between a good actor and a bad actor is professionalism. Michael Shannon belongs to an ilk who will give absolutely one hundred percent to any and every role, whether in Premium Rush, a Joseph Gordon-Levitt action movie about cyclists that probably should have been an early ‘90s Jackie Chan movie, or Take Shelter, probably the saddest movie released in the last ten years.

So yeah, I love Michael Shannon, and you cannot go wrong casting him in your movie. He will only improve it, whether it’s a pile of crap or already really, really good, as the case sometimes turns out. 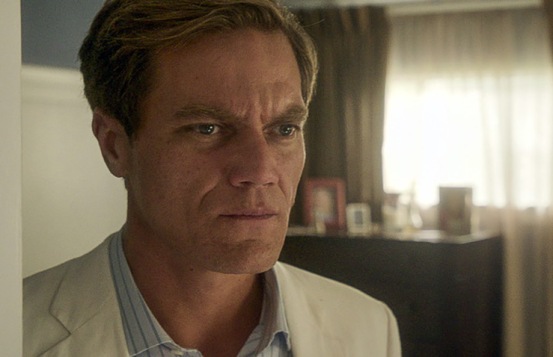 The Plot: Struggling single father Dennis Nash (Andrew Garfield) works his heart out trying to keep his family afloat, but when the bank forecloses on his house and he finds himself evicted, it’s not entirely clear that honest labor will sort things out for him. In an unexpected twist of fate, he gets hired by realtor Rick Carver (Michael Shannon), the man who evicted him in the first place. Nash’s dedication to hard work quickly endears him to Carver’s unwavering callous pragmatism, and he begins to move up the chain in his new employer’s eviction business. As Nash begins to earn more than he’s ever made in his life, and his family’s future looks brighter, he must grapple with the moral ramifications of his increasingly questionable contributions to Carver’s business.

Earlier this year I reviewed The Big Short, a sort-of comedy about the 2006 housing crisis. Although handling tough material, that movie somehow managed to be a fun time. 99 Homes addresses a similar situation, taking place in 2010 and focusing on the shrewd businessmen who managed to turn a crisis into a cash-cow, but unlike The Big Short, there’s very little to laugh about here. Out of its 113-minute runtime, probably about forty of those minutes consist of hard-hitting, no-punches-pulled eviction scenes. If you want to watch some fluffy entertainment to relax after work, don’t watch this movie. 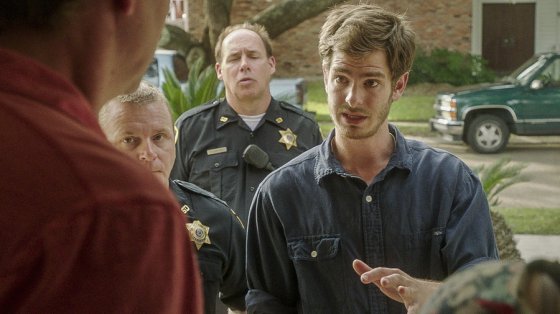 That said, 99 Homes is the best movie I have seen in a very long time. It could have easily devolved into sentimental dribble, or a one-dimensional moralist narrative about a good guy struggling to maintain his humanity against a bad guy, but instead it turned out as a three-dimensional moralist narrative about a decent, but desperate guy struggling to maintain his humanity in the service of a greedy, ambitious, ruthless, but incredibly deep, layered guy. As I said in my long introductory paragraph, Michael Shannon’s da man. I don’t think I need to spend more time on that. It was Andrew Garfield, actually, who surprised and impressed me the most. I always kind of liked Andrew Garfield, because he was good in The Social Network and made an appealing Spider-man, but damn, the kid can act. To hold one’s own against the likes of Michael Shannon is an impressive feat. Great actors have been overshadowed by his performances, but Garfield didn’t get lost in it. Shannon gave his performance, and Garfield gave his, and they complemented each other nicely to produce two complex, realistic characters. 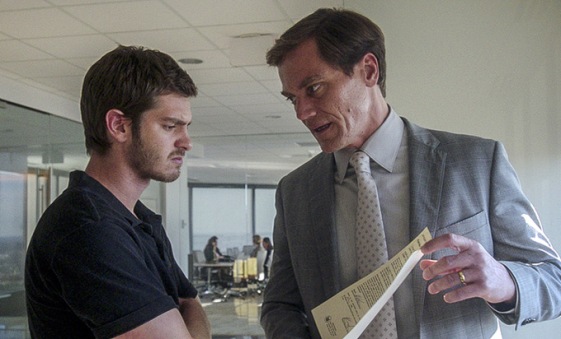 Of course, as we have seen in many a Michael Shannon movie, a great performance does not necessarily a great movie make. In addition to Shannon and Garfield, the whole production pulls its weight. Music, script, direction, supporting cast, etc. everything just comes together so nicely in a way that I have had a tough time finding in movies lately. So, like I said, if you’re looking for a happy, fun way to unwind after a hard day, this is not that. If you want something, sad, thought-provoking, and really well made, then check out 99 Homes.