Wow, it’s been a long time since I reviewed a new movie. My bad. Let’s keep this fair and evenhanded, though. The summer has offered very little by way of movies anyone could possibly want to see. This is true to the extent that, during the summer months, I attended the movie theater only twice, and both times were because it was too damn hot to do anything else. So, this week I am reviewing a new movie, in that it did come out this calendar year. That’s something, right? 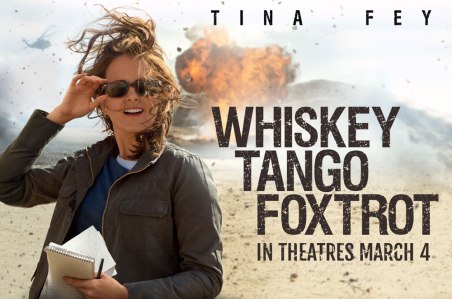 The Plot: Recognizing that her professional life in New York has stagnated, news reporter Kim Baker accepts an offer to travel overseas and take up the mantle of “war correspondent” in Afghanistan. She gets there to encounter a misfit group of reporters, soldiers, and private security operatives, all of whom have reached the same conclusion: most people on the home front have forgotten about Afghanistan in the shadow of Iraq.

A plot summary like that would normally end with some sort of concluding sentiment to tell you more about the main protagonist’s intended arc, like, “Kim has to try to convince her boss that this war is worth covering,” or, “Kim becomes an adrenaline junkie while covering an active warzone,” or, “Kim has to pull this ragtag group together in order to get the story of a lifetime,” etc. Ultimately, I think I couldn’t do that here because Whiskey Tango Foxtrot does all of those things and none of them at the same time. Does that make sense? Stuff just sort of happens in this movie. Kim’s life abroad unfolds episodically, which is not always a bad thing, unless the episodes never go anywhere and don’t contribute to a unifying theme. Then you have a bit of a narrative problem. 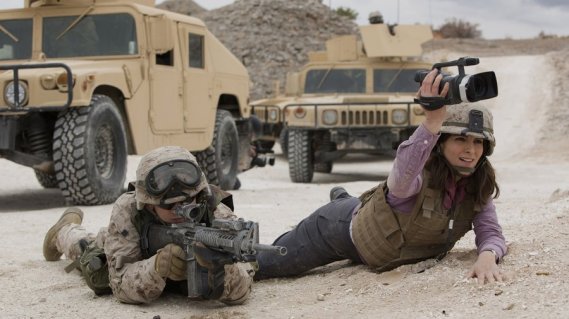 Here’s the main issue with Whiskey Tango Foxtrot: it begins with the title, “Based on a true story.” That type of movie breaks into a few subcategories, namely the “Oscar-bait true story,” the “gratingly inspirational true story,” and the “hey, look at all this stuff that really happened isn’t that crazy true story.” So hard to say which is the worst or which is the best. Whiskey Tango Foxtrot slips into the third category. It has no dreams of awards grandeur, nor does it strive incessantly to inspire. It just happens. It’s fun enough to watch as those plot points unfold one after another, but the problem with this type of movie is that it often leaves the viewer wondering why he or she just spent two hours watching it.

Don’t get me wrong, Whiskey Tango Foxtrot is not entirely a waste of time. The script keeps things fun, moving along at an acceptable pace, and the cast all do a perfectly admirable job. Tina Fey’s reincarnation of Liz Lemon is nicely complemented by Margot Robbie playing Margot Robbie, Billy Bob Thornton playing Billy Bob Thornton, and Martin Freeman playing as dramatically against type as he can get. 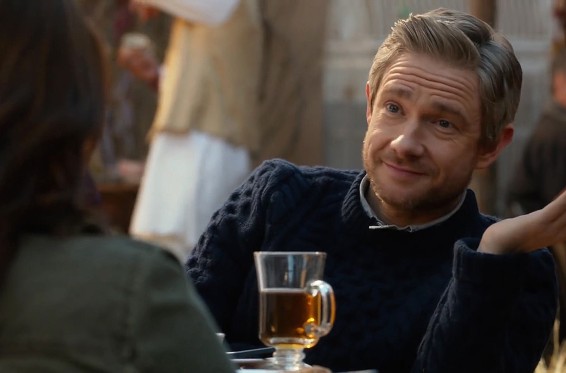 It is possible, I’ll concede, that I have become a bit jaded, because it did feel like I’d seen this exact movie innumerable times before. I could tie this back in with how surprisingly uninteresting the summer releases have been this year. I feel a bit curmudgeonly, and terribly naïve, asking out loud if it would be too much to ask for something new and creative. I mean, good golly. Was the best blockbuster of the summer Captain America: Civil War? Was it? I liked Civil War, but you have to admit that it did pretty much boil down to Superhero Movie: The Movie. Every blockbuster we get slips so painfully into the blockbuster genre, hitting all of the predictable, clichéd plot points they’re supposed to. Whiskey Tango Foxtrot does the same thing for the “based on a true story” genre. It gets boring.