How’ve you been? Yeah? How’s the family? The daily grind? Good, good. Did you have a good week? Let me tell you about my week. How should I put this? What kind of week did I have? I had the watch-all-four-Lethal-Weapon-movies-in-four-days-with-my-mom kind of week, which may seem long for a taxonomical category of weeks, but it abbreviates to WAFLWMIFDWMM, and that just doesn’t have the same impact.

That description will doubtless mean different things to different people, as I have recently learned that there isn’t one universally accepted feeling associated with the Lethal Weapon franchise, so with that in mind, allow me to elucidate: I had a great week. The Lethal Weapon series—yes, even 3 & 4—embodies an endangered species of cinema: the honest-to-goodness action movie. Obviously, the action movie is alive and well today, what with Captain America: Civil War, Suicide Squad, Avengers: Age of Ultron, and Batman V Superman Colon Dawn of Justice. My point is that “action movie” as a term has mostly come to mean something else in recent years: pretty much exclusively dividing into “superhero movie” or “starring Dwayne Johnson.” The latter category, which I might add includes the Fast and Furious franchise, which I love, is much closer the Lethal Weapon movies, but there’s still nothing quite like the ‘80s action standard. It is endangered, if not extinct.

Lethal Weapon happens to offer a great window into the decline and fall of this subgenre, much more effectively than, say, the still-somehow-ongoing Die Hard franchise, because it knew how to end before it got sad and uncomfortable.

Lethal Weapon (1987), in which veteran cop Murtaugh (Danny Glover) must make things work with his mentally unstable and incredibly volatile new partner Riggs (Mel Gibson), whilst investigating a multi-million dollar heroine racket. Lethal Weapon may not have invented the “veteran cop working with hotshot young cop” trope, but it sure as hell perfected it, and in the process produced the first of several amazing franchise one-liners from Glover, the now canonical, “I’m too old for this sh*t.” Aren’t we all? Of course, Lethal Weapon isn’t just about nonstop action. It takes time to include character development for its leads, both of whom change their ways and learn a little by the end of the movie.

And then, in Lethal Weapon 2 (1989), Murtaugh and an ever-so-slightly-less-psychotic Riggs stumble upon a South African conspiracy of, frankly, ambiguous and vague logistics, but it probably has something to do with Apartheid, which was very topical in 1989. As in the first movie, Riggs has some impossibly badass action hero moments and Murtaugh has some impossibly badass one-liners, Riggs comes slightly closer to reconciling his tragic past, and Murtaugh comes slightly closer to really being too old for this sh*t.

In Lethal Weapon 3 (1992), Murtaugh and Riggs are back at it again, and I really can’t tell you much more than that. I am very fuzzy on the plot, here. Even more so than in the second one. There’s totally a bad guy in this movie, and he totally has an evil scheme, and I’m fairly sure that it involves stealing weapons from police evidence lockers and selling them to gangs or something, but really, who can say? Character development continues. Oh, and Rene Russo is in this movie as a new love interest for Riggs, so maybe he’ll be able to move on from the death of his first wife, which occurred sometime before the first movie. 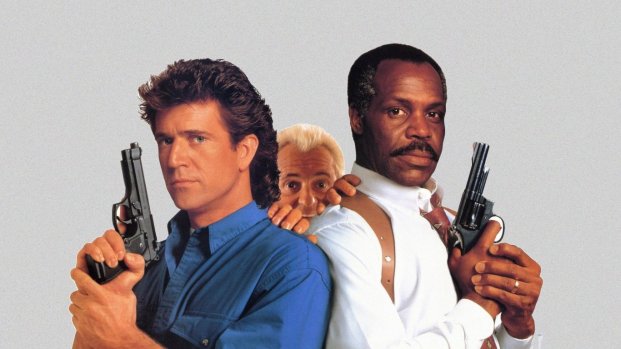 And then, to wrap things up in Lethal Weapon 4 (1998), Riggs and Murtaugh get caught up in a conspiracy involving the Chinese slave trade, which may or may not have been a big problem for California following Britain’s departure from Hong Kong. The Triads are involved and Jet Li is the bad guy, which is great. Chris Rock is in it.

What’s really nice about Lethal Weapon 4 is that it does conclude things for the characters. It addresses the fact that Riggs has aged in the past eleven years, and he, also, is too old for this sh*t. That line eventually becomes a sort of theme for the movie. By the late ‘90s, the action movie is gravitating away from witty dialogue and character development and towards superheroes. Remember, X-Men came out 2000 and that sort of started it all. My only real criticism is that Mel Gibson doesn’t have a mullet anymore in this movie. 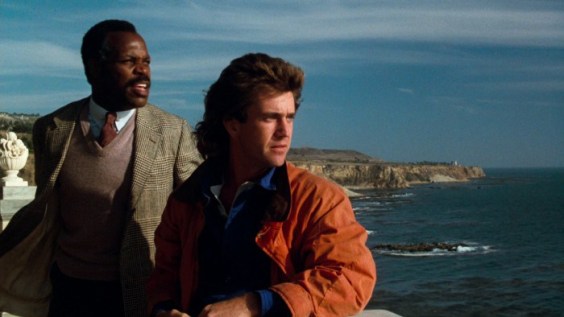 Warner Bros.
Why would you ever get rid of that hairdo?

All four Lethal Weapon movies have one thing in common that, in particular, defines the separation between the classic action movie and the contemporary: a script. They have characters, plots, setups, scenes of dialogue instead of just continuous action, and most importantly they have a sense of humor. Sometimes these movies are serious and they deal with serious topics, but it’s hard to go ten minutes without laughing. It doesn’t cause tonal whiplash, because the humor is a part of the characters, rather than something tacked on afterwards to lighten the mood. What writers call “organic.” The movies have personality, and good characters, and every so often, they will have a message. They don’t have nonstop pointless action.

I know the Fast and Furious franchise has a bit of a reputation for nonstop pointless action, but it is the closest comparison I can make to the Lethal Weapon franchise: likable, principled characters who love each other, who do crazy things, blow stuff up, take down the bad guys, and periodically deliver really funny lines. We need more movies like that. But I will admit that the Fast and Furious movies continuously make a ridiculous amount of money at the box office, so that’s nice.