If I’m being honest, I totally forgot Star Trek Beyond was coming out up to the weeks surrounding its release. Between the dour Star Trek Into Darkness, a movie I enjoyed a good deal while watching and enjoyed markedly less so the more I thought about it or applied the least bit of scrutiny to it, and stellar summer output from Marvel, the Trek franchise retreated from my periphery. In that regard, Star Trek Beyond, directed by Fast & Furious franchise staple Justin Lin and released this past weekend, was a pleasant surprise; a jolt of fun, if non-essential summer action. If Star Trek Into Darkness remains a divisive blockbuster, Beyond is a lighthearted, comparatively unassuming movie that captures the flavor of the original series’ enduring appeal, even if it doesn’t capture its full essence. 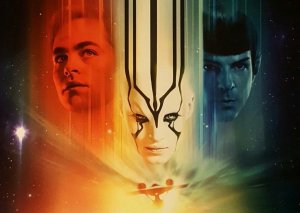 The plot: It’s three years into the USS Enterprise’s five year mission, and Captain James T. Kirk (Chris Pine) is having a bit of an existential crisis. Fearing that he’s not made of the same selfless stuff his legendary father, he’s contemplating taking a Vice Admiral position upon completing the ship’s next mission and leaving care of the Enterprise to Spock (Zachary Qunito), who secretly plans to leave the Federation following the death of his alternate timeline counterpart (Leonard Nimoy). When a distress call to a thought to be deserted planet turns into an attack by the mysterious Krall (Idris Elba), the crew of the Enterprise finds itself stranded scattered about its surface. The crew must find a way to reunite and make its way off the planet in time to stop the plans of Krall’s sinister plans for the Federation.

More than anything else, Star Trek Beyond feels like a conscious about face from the polarizing Into Darkness. In early interviews, co-writer and the reboot franchise’ Scotty Simon Pegg promised optimism, exploration, and wonder from the newest entry, and to a certain degree, that is definitely the case. There’s nary a trace of the brooding, paranoid conspiracy-tinged air of Into Darkness, replaced instead by a focus on sweeping adventure and breezy character moments, the latter of the two being the movie’s crowning achievement. Where most of the crew was largely reduced to window dressing in Into Darkness, the key players are front and center here, as the screenplay sees the main crew splintered apart and often put together in humorously mismatched pairings. Some of the best scenes (and the film’s biggest laughs in my viewing) come from the interactions between Quinto’s Spock and Karl Urban’s frequently exasperated Bones McCoy. Urban’s Bones is the gem of Beyond, and the script gives him room to expand his performance beyond a DeForest Kelley impression in a way he wasn’t fully able to do from the sidelines of previous installments. 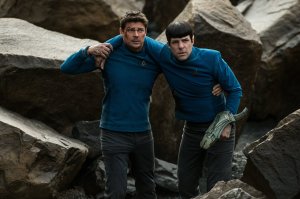 Scenes between a stranded Kirk and Chekov (Anton Yelchin) are similarly great.Chris Pine as Kirk is far more interesting as an established captain attempting to overcome his self-doubts than he was as the cocky hotshot one or two Valuable Lessons from becoming the character from the TV series in the last two films. Getting to play a (somewhat) more mature Kirk allow his interactions with the younger Chekov a sort of sibling nature that wasn’t present before. Yelchin (to whom the film is dedicated alongside Leonard Nimoy), also gets to mature from previous outings, and the scenes wherein he works alongside Kirk are revelatory of some deeper characterization and really hammer home how tragic his loss is. Being at least halfway a Simon Pegg joint, it’s no surprise that Scotty gets a lot more to do in this outing, partnering with fierce alien warrior woman Jaylah (Sofia Boutella), a scene stealing new addition to the cast, whose written with far more depth and shading than “alien warrior woman” typically is lauded. She proves a worthy addition to the starfleet and somewhat of a minor miracle in that she spends most of the movie chilling out with an affably dorky Scotty and isn’t thrust into the role of love interest. Despite carrying a number of scenes, Uhura (Zoe Saldana) and Sulu (John Cho) still feel weirdly underutilized, engineering an escape from Elba’s sinister villain that they never fully realize.

The plot Beyond is solid, but fans looking for something substantial and more in line with the philosophical underpinnings of classic Trek are gonna be left wanting. The plot moves at breakneck speed, and rarely stops to explain things in the way that Star Trek has been wont to do in the past. Idris Elba’s villain doesn’t receive much in the way of backstory or motives until the film’s latter half, leading the audience to puzzle over his actions for a considerable length of time. The shipwreck/ capture/ escape structure of the film fits with the episodic quality of the series, but rarely captures the trappings of the 60s series beyond that. The plot mostly feels like an excuse to string together some admittedly pretty great action set pieces. The final conflict feels downright subdued and personal in an age where people have grown wary of city-leveling antics, and a scene set to the Beastie Boys “Sabotage” is some of the best action of Summer 2016. In regards to Pegg’s early promises of optimism, wonder, and exploration,  the plot delivers the first in spades, the second sparingly, but left me wanting for more of the third. 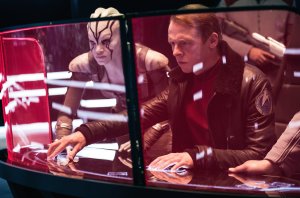 It’s hard to call Star Trek Beyond essential summer viewing, but it’s certainly a fun time at the movies. Star Trek Beyond is a fine film to honor 50 years of the original series, and while it’s likely not going to grab people in the same way those original episodes did or even in the polarizing way of Into Darkness, it provides a blueprint for how the series can keep moving into the next 50 years.