Well, that’s what we’d call a decisive victory. Ex Machina stormed ahead to the semifinal, defeating Kingsman: The Secret Service with a whopping 93% of the vote. Hot damn. Before it faces It Follows in a few days, we have our first semifinal: Mad Max: Fury Road vs. The Martian. This is where the voting gets really tough. Personally, I’m thrilled that four of my favorite movies from 2015 have made it to the end, but now we must choose, and I suppose we’ll have to discover which desolate wasteland is harder to survive: Australia or Mars. Need a recap on either film? Click on the links to read our reviews, but don’t forget to come back and vote. 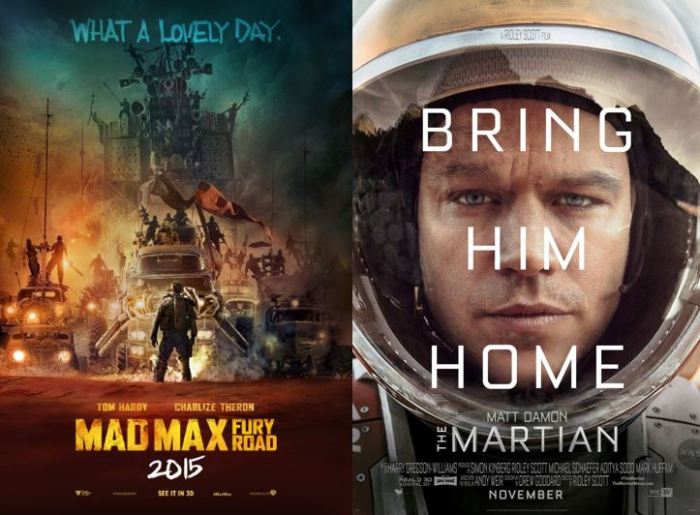