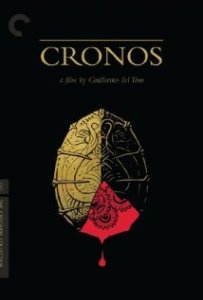 Lesson: Everything has a price.

Guys, I love Guillermo del Toro and I love Ron Perlman, so you can imagine my delight when I discovered there was a movie made in the 90’s, by del Toro, starring Ron Perlman. This film is also del Toro’s feature film debut! What a great day. (As you may have heard, this Octoberween is 90’s themed for /horror [SciFridays])

We begin with an alchemist who has developed a device called ‘Cronos’. As alchemists are wont to do, it has to do with immortality. Since this is del Toro, it has many caveats.

I think it’s kind of neat to watch Cronos now and see del Toro’s development as a director. Friends of mine know that Pan’s Labyrinth is my second favorite movie of all time – Cronos has a lot of the elements that make del Toro’s storytelling so delightful but it definitely feels like a beginning effort. Compelling and beautiful, but not as well-paced as I would have liked. It moves along with the same sort of gravitas and reverence but fails to strike a balance with engaging content.

Cronos is a vampire movie (which is so last Octoberween), but certainly not a conventional one. It draws on a more methodical horror pacing beginning with the accidental discovery of the Cronos device and it’s effects. Cronos succeeds in maintaining surrealism as Jesus discovers his transformation slowly. Also, uniquely, Jesus is an elderly character (often played against his young granddaughter) and viewers are able to trek along as he is horrified, worried, curious, accepting, and rejecting the course of the Cronos device. Then of course, there’s the dying rich man and his thug nephew (Perlman) who wants the device for himself. 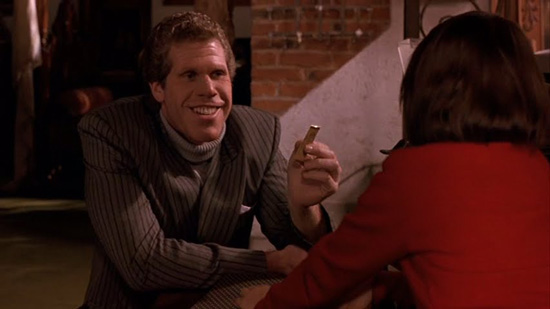 I would put this firmly in the horror realm of movies like Pan’s Labyrinth where there are definitive horror elements but it’s not a super scary movie. The first instance of the Cronos device latching onto Jesus is startling, but the winner in my book is the scene where Jesus starts to notice he wants blood. At first, the bloody nose is enticing, but as he gets ‘caught’ he quickly side steps and allows the blood to be cleaned up. As he leaves the restroom, he notices a drop on the ground and, checking the coast is clear, bends to the floor to lick it up. It’s disconcerting and the first time the audience acknowledges the vampiric nature of the Cronos, and then the moment is broken as Angel (Perlman) charges into it. This scene is the kind of thing that I love about del Toro. He’s able to play dynamics within a surreal space that keep the viewer grounded even in high fantasy. 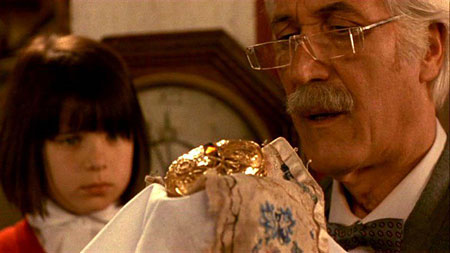 That being said, the action sequences with Perlman were not well served, I think. His character is an attempt at the disconcertingly charming hit man, but his frustration with running errands for his inheritance interfere with the effectiveness and contribute to the uneven pacing.