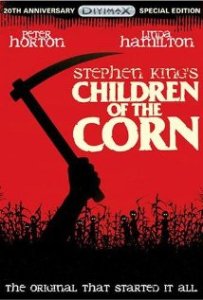 Pet Sematary | It | Children of the Corn | The Mist

Lesson: Never trust a child in a hat.

I should mention off the bat that this movie has an insane amount of sequels. Eight total movies and one SyFy remake, the most recent coming out in 2011. I fully acknowledge I am behind the times on this one, and I’m sorry. This is the kind of movie Shame September is all about.

Also, if you’re in a Stephen King movie, you can probably expect copious symbology. In Pet Sematary it’s red trucks. In Children of the Corn it’s corn. SO. MUCH. CORN. Someone decided the imagery was too subtle and therefore kicked it up about seventeen notches.

Despite the fact that Children came out before Pet Sematary, I feel like this is a vastly superior ‘creepy child’ movie. Partially because the child (John Franklin) who plays Isaac is superb at portraying a sort of maturity and agelessness, but also because there was a wide range of character among the children themselves, from the innocent to the zealot. Child murder is handled shockingly well. I also found the doctor/girlfriend more tolerable in this movie because it wasn’t necessary to make them unlikeable, so, y’know, they were…likeable.

That all being said, the big-bad situation is…laughable. I wish it wasn’t, because I love the idea of ‘He who walks behind the rows’ and a religious cult of children. This concept was pseudo-executed in Rites of Spring but also failed to impress in execution. Sure, the analogies are not subtle, which is something that also sort of irritated me about Red State, but that’s sort of beyond the point. The point of failure for me was the reveal, possibly because it remained woefully vague. An analogous blob of light? Kills Isaac and maybe possesses him? Pursues everyone else, but has a religious motive, or at least a God complex? I was hoping for either a legitimate monster or maybe actual religion to be the bad guy. The build to the climax is at least interesting, and of course the iconic “Outlander!” scene totally met expectations.

The horror was good, starting with some hard hitting parental murder and then doing a slow climb up. The pacing and the soundtrack were both infinitely better here, and I actually really really liked the soundtrack. I think it did an excellent job of adding to the atmosphere, and the theme is something I remembered even before having seen the movie, landing it somewhere within iconic horror themes. 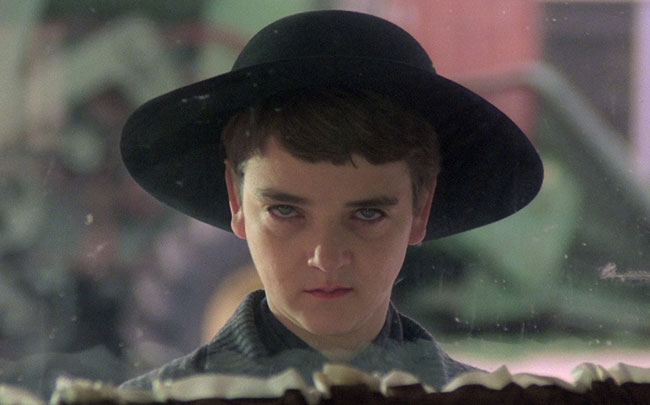 Ultimately, I want to watch additional Children movies, so I suppose that this was a good, engaging movie! If nothing else, I’m immensely curious as to how they  might explore these themes more, because it was kind of insular, but hey! Don’t worry, I won’t be marathoning them obsessively like the Saw franchise…at least not until 2016.