Only God Forgives isn’t Drive. They’re both slow and violent, sure, but Refn’s latest is also experimental and, from what I remember of Psych 101, deeply Freudian. It’s fantastic. I’m not surprised that so many people hated it. 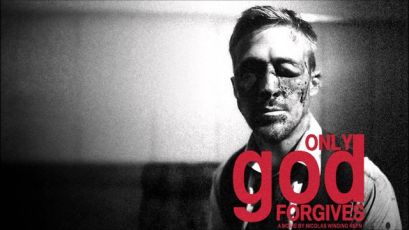 The Plot: In Thailand, Julian (Ryan Gosling) and his older brother Billy (Tom Burke) run a branch of their mother Crystal’s (Kristen Scott Thomas) criminal empire. When Billy rapes and murders a sixteen-year-old girl, and is subsequently murdered by the girl’s father, Crystal flies in to send Julian on a path of revenge against the cop, Chang (Vithaya Pansringarm), who allowed her son to die.  Nightmares and karaoke ensue.

Only God Forgives is a lot of things. It’s psychological and experimental, a dream-like study of a man whose mind and heart have been crippled by his mother. It’s also a revenge film that subverts all the tropes of the revenge film. At first, Julian seems like a repeat of Gosling’s character in Drive—strong and silent, yet capable of terrible violence if the need arises. In truth, he’s emotionally stunted; impotent to the point where most of the acts of sex and violence he commits are inside his head. We’re privy to his dreams, to his fears and weaknesses. And Julian is all weakness.

What do I even do with these?
Source: http://bit.ly/1ewC1Ah

As a protagonist in what could be described as a revenge story, Julian has very little agency. In the first twenty minutes he only has one word of dialogue. People, usually his mother, tell him to do things and he does them. He spends much of the film unable to act, and when he does, every effort leads to failure. That fight that the trailer builds to? SPOILERSPOILERSPOILER He doesn’t land a single punch. Chang beats him to a pulp while Crystal and Mai (Rhotha Phongam), Julian’s favorite prostitute/pretend girlfriend, look on in silence. What the trailer makes look like a badass vendetta is more like gravity in the film. Julian can’t pull away from the sword-wielding figure of his nightmares. He fights Chang because he has to, not because he wants to. 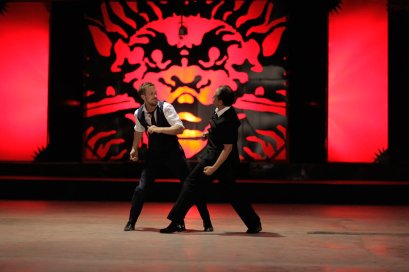 Driving the film to its inevitable bloody conclusion is Crystal, winner of 2013’s Worst Mom of the Year award. She’s manipulative and cruel, switching from bully to “victim” and back to bully in the space of a few sentences. Billy was clearly her favorite, though he’s dead by the time we meet her. When Julian tells her what his brother did, her only response is: “I’m sure he had his reasons.” Kristen Scott Thomas, unsurprisingly, is perfect in her role.* She plays Crystal with ice in her eyes and steel in her voice. The character is the closest thing the film has to a villain, the Devil to the absent God referenced in the title. Every word Crystal speaks is poison, eating away at Julian. 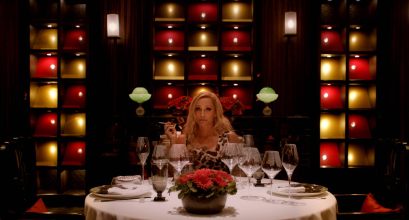 Maybe she’s just mad because there are too many wine glasses.
Source: http://bit.ly/1kQynTA

Crystal and Julian’s relationship is where the film gets Freudian. I may not be totally qualified to talk psychology, since I don’t have an armchair, but I’ll do my best. Lucky for me, the symbolism in this film is not very subtle. Frequent shots of Julian looking at his hands represent his impotence. Crystal is usually smoking a phallic cigarette, perhaps signifying her control over her son? When SPOILERSPOILERSPOILER Julian finds her corpse at the end of the film, he cuts open her stomach and reaches a hand inside, thus returning to the womb and finding the closest thing to closure he’s gonna get. Like I said, not very subtle, though I don’t find that to be a fault. Nicolas Winding Refn isn’t trying to be subtle. He’s trying to make a trippy, experimental film about a criminal’s fucked up relationship with his mom.

I haven’t left myself much space to talk about Chang, the stoic cop with a heart of karaoke. I’ve run across a couple people online claiming that he is the “Devil” in the film, but those people are wrong. The Devil is treacherous, mixing temptation with manipulation. Chang is straightforward, unrelenting in his judgment. Also, if Chang were the Devil then that would mean I was wrong about Crystal, and I hate being wrong. 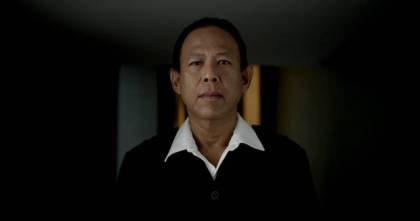 Only God Forgives may not be your kind of film. You can hate it. But if you do, maybe take a second to appreciate this total non-crowd pleaser completely succeeds at what it’s trying to do. In my First Annual Faves of Insert Year, I described OGF as: “…the product of a brilliant director and his chiseled Canadian muse at the height of their respective talents.” Refn and Gosling aren’t trying to prove anything, or make a ton of money. This is art. Maybe it sounds pretentious, but I see Only God Forgives as an intellectual and stylistic exercise. They wanted to make this weird, bloody movie that’s steeped in symbolism and metaphor. So they did. Even if the experiment doesn’t work for you, it’s kind of hard not to respect that. Also, this movie has the best use of karaoke since, like, ever.

You can find Only God Forgives on Netflix Instant right now. If you live in the DC Metro area, you can rent it from your local video store.

*Not because she’s an awful person. She’s just a consistently great actress.