I can only hope that this week features a genuine mystery to solve. I mean, I love fanservice and all, and the wedding was what I would have wanted it to be, but I really do want the intrigue I’m accustomed to.

THERE ARE DEFINITELY SPOILERS AHEAD SO READ WITH CAUTION.

It took a lot of effort to write this recap. A lot of processing. I had to sleep on it, actually. I chose my cuppa very carefully. And here we go.

At first blush, this episode is just finally dealing with Magnusson, the new villain (played by Mads Mikkelsen’s brother, Lars). We basically already know he’s kinda…off…given that he once attempted to burn John alive in a Guy Fawkes pyre. However, his blackmail monologue with Lady Blackwood is actually one of the creepiest things I’ve seen in a long time. He has some Sherlockian things going on with his brain, processing information and figuring out what makes people tick, where their weak spots are. He is a newspaper mogul, and his assets lie with the sheer amount of information he has stowed away in his estate. In the meantime, John and Mary appear to be enjoying married life somewhat separate from Sherlock. He goes off to a drug den to find a neighbor’s son, being the good citizen that he is, and also happens to locate Sherlock.

There’s a great deal of discussion surrounding Sherlock’s apparent lapse into drugs. I for one am glad that it was alluded to, because they’ve discussed it only briefly in the past, but it is canon. Back at Sherlock’s apartment, the first shoe drops. Sherlock is actually dating the girl, Jeanine, from John’s wedding. And I mean like, she’s staying over and they’re showering together dating. It’s delightful. Sherlock attempts to explain Magnusson to John, but John is pre-occupied by the girlfriend development. Regardless, Lady Blackwood has hired Sherlock to help with the blackmail, so Sherlock arranges a meeting with Magnusson. 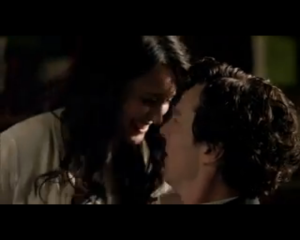 Now, in case you were debating not watching this episode, please please watch it. There is so much nuance, so much detail, so many things I can’t possibly elaborate upon in this small recap. I can only hit the big things. Things like Sherlock using Jeanine to get up into Magnusson’s office in London (she’s his PA) via a fake engagement ring, which is awful, even for Sherlock. When he gets to Magnusson’s office, Jeanine has been knocked unconscious. Magnusson is being held at gunpoint. By Mary Watson.

This, I would say, is probably the moment that the episode gets truly insane. Sherlock is actually understandably surprised, and he calls her bluff. She shoots him. We get a weirdly delightful little montage of Sherlock contemplating how to survive the shot, and he does, though narrowly. He resolves with Jeanine and doesn’t tell John who shot him. Yet. We get through some weird time skippy business, between Christmas at the Holmes’ and present-ish day, mostly to contend with Mary being a super-spy and probably American, and John trying to cope with that and the baby and all that jazz.

Eventually, Sherlock negotiates with Magnusson to get to his estate and see the infamous archives of information, in exchange for “Mycroft,” or, rather, information about Mycroft. He and John head over, and are of course shocked to discover that there are no archives, only Magnusson and his brain. There’s a bit of tête-à-tête between Sherlock and Magnusson, and eventually we learn that Sherlock’s defense plan will backfire and lead to him and John being arrested instead. So naturally, when the helicopters show up, Sherlock straight up shoots Magnusson in the head.

I don’t know about you guys, but sometimes when you’re watching a mystery, or a crime drama, you think to yourself, “If they had just done ‘x’, we wouldn’t have this problem.” Well, Sherlock does it. He ends it. Before it can escalate, although now Sherlock is in a sticky wicket now that most of London’s police/special forces have witnessed him killing a news mogul for no apparent reason. Mycroft pulls some strings, naturally, and the episode is set to end with Sherlock’s ‘exile’, aka being sent out of the country to complete a nearly impossible mission.

Well, not quite. The episode credits start to roll, and the image is disrupted. Guess who? Sherlock’s plane is sent back, because something important has happened. On every television in the country is this.

THE TEA: Tazo’s ‘Calm’, because that was completely warranted. It’s in the chamomille family, but it’s a bit more herb-y, and fresher than most. I like it hot or iced, but particularly after emotionally draining episodes of my favorite shows.

One thought on “Rooster Recap Presents: Sherlock & a Cuppa (Ep. 3, His Last Vow)”