While legitimate film critics are busy with their “Best Of” and “Oscar Prediction” lists, Rooster Illusion is looking inward, digging deep to find the source of his power. These are the films that speak to Rooster Illusion on a deep, spiritual level, infusing his blood with stardust and driving him to reach new creative heights. I am the Rooster Illusion, and this is my first annual “Faves of Insert Year” List.

This movie is so much fun, you guys. The trailers and ad campaigns never really conveyed that. If you go into this expecting a straight-forward home invasion movie, you will either be disappointed or very pleasantly surprised. I laughed out loud—a lot. What’s more, You’re Next wanted me to laugh. It’s intense, bloody, and frequently hilarious. Do you like comedies about dysfunctional families? Boom. Got ya covered. Do you like watching Australians fuck shit up? Boom. Got ya covered. Do you like horror and gore and well-structured plots? Boom. Got y—okay, yeah. That’s getting old. But I hope my enthusiasm in this short paragraph is enough to convince at least one of you to give this truly excellent movie a try. If you’re not convinced, come back next week for my full review.

Nicholas Winding Refn’s follow-up to Drive is slow, violent, and deeply Freudian. It’s experimental film at its best; the product of a brilliant director and his chiseled Canadian muse at the height of their respective talents. Refn and Gosling aren’t looking to prove anything here. They’re just trying out some new stuff and it is fantastic. Only God Forgives is a revenge film that subverts all the tropes of the revenge film. The main character’s cool exterior is rapidly peeled away to reveal an impotent man whose emotional growth has been horribly stunted by his mother, played to twisted perfection by Kristen Scott Thomas. On top of that, OGF has the best use of karaoke I’ve ever seen in a film. See it. You’ll either love it or hate it, which is usually an indication that somebody did something right.

Edit: You can read my review here. 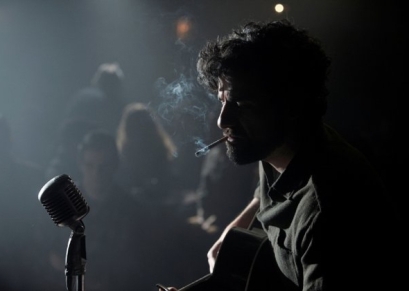 Inside Llewyn Davis is a poignant, sometimes funny, often bleak portrayal of man consumed by grief. The Coens aren’t punishing Llewyn, nor are they judging him. He’s an asshole, but he lashes out because he’s lost his ability to empathize. The compassion displayed here, coupled with that very Coen-y exploration of basic human truths, makes Inside Llewyn Davis one of the best films to come out this year. Pair that with an outstanding lead performance and a beautifully melancholy soundtrack, and hot damn, you’ve got something that’s going to touch audiences for decades.

This film captures the angst and uncertainty of being a shy fourteen-year-old perfectly, and I speak from experience. I was wicked shy. If I had a One Magical Summer, I’d want it to be like this. Writers Nat Faxon and Jim Rash manage to take a basic story—shy kid gains confidence and grows up by hanging out with quirky adults—and make something sweet and true. I don’t care if it sounds cheesy. I loved this movie. The cast is spot on, and the script is both witty and grounded. Sam Rockwell nails the balance between lovable slacker and actual human being, and Steve Carrell is perfectly odious as the main character’s douchebag step-father-to-be. But the real stand-out performance comes from Liam James, whose Duncan (main character) is adorably awkward. More than that, he feels real. Maybe some of you will only see a standard coming of age tale. Maybe you weren’t as shy as I was when you were fourteen. You can decide for real when I write my full review, which will happen as soon as Sam Rockwell teaches me to believe in myself.

Edit: You can read my review here.

I wept. That’s it. That’s all I’ve got to say. This was a really good movie and it made me cry. Tom Hanks deserves the Oscar he wasn’t nominated for.

More than just another witty comedy with an over-the-top premise from Team Cornetto, The World’s End is a film that understands failure and addiction. Gary King, for all his bluster, is a total fuck-up. But the movie never goes too far with him, never makes the mistake of treating Gary like another sad sack silver screen alcoholic in need of some tough love and a pot of coffee. He’s charismatic, a leader. He’s also selfish, delusional, depressed, and, above all, just one drink away from the perfect night. That The World’s End has room for such a nuanced character amidst the wild sci-fi, exhilarating fights and rapid-fire quips is enough to make it stand out in a year of great movies. The fact that it’s also very funny and has some of the most elegantly choreographed fights that I’ve seen since The Raid: Redemption (different kind of fight, though) doesn’t hurt.

I watched my first Godzilla movie when I was three. I’m still a huge (Kaiju-sized?) Godzilla fan, and doubtless always will be. So that part of me found Pacific Rim, shall we say, very appealing. But there were other parts of me that enjoyed it as well. Brain-y parts. Guillermo del Toro’s Mechs vs. Monsters brawler has a heart beneath that delicious meaty layer of Kaiju smashing and bitchin’ guitar riffs. The plot may be simple, and the characters archetypal, but the film’s un-ironic heroism is something that most modern blockbusters have been sorely lacking. Pacific Rim’s message is crystal clear: no matter what our differences, we humans can accomplish wonders when we band together. And that, ladies and gentlemen, is why a film that many a heartless bastard described as “Transformers meets Power Rangers” was the movie of the summer, and my favorite of the year.

*Note: You’re Next was stuck in development Hell, but it got a theatrical release in 2013, so I’m counting it.