Oh, man, let me tell y’all about my awesome Wednesday. So, it started out unlike a regular Wednesday. Normally, I get to sleep in on Wednesdays, but I had to wake up early for an extra section of my theatre class. This didn’t bother me, though, because rather than an actual class, we were just meeting with Gísli Örn Garðarsson, the Icelandic star of the critically-acclaimed production of Kafka’s Metamorphosis, which we had the pleasure of attending. Yeah, so that dude was not only incredibly handsome and charming, but also seemed really smart (and he’s also a great actor/director/writer). Oh yeah, and he exists in Lego.

Vesterport/Lego
I see the resemblance.

So, I had class after that, which ended at one o’clock. Afterwards, I decided to go for an adventure. I moseyed on over to the BFI and checked that out. Finding myself on the bank of the River Thames, though, I decided to wander around a bit, do some sightseeing. I ended up over by St. Paul’s Cathedral, which is an incredible building. I got some coffee and a muffin, and then headed on home, where I gobbled up some dinner, watched a couple episodes of “Red vs. Blue,” and Skyped with my older brother, all good things. And then I decided to go to the movies, or cinema, if you will. I’d never been to this particular cinema, but I managed to find my way okay. I didn’t get lost or anything. So, I bought my ticket, I walked into the theater, and what song are they playing? Why, nothing other than “Mama Said Knock You Out” by LL Cool J. So I’m like, oh my dayum, I am having the best day.

And then the movie started.

The Plot: Maria (Naomi Watts) and Henry (Ewan McGregor) are on vacation in Thailand with their three sons, Lucas (Tom Holland), Thomas (Samuel Joslin), and Simon (Oaklee Pendergast). And then a tsunami hits.

Summit Entertainment/Warner Bros.
This never would have happened if we’d just gone to Legoland like I wanted.

Yeah, so that was rough. The Impossible is based on a true story, which kind of makes everything worse. This, of course, is focusing on the 2004 tsunami that devastated South East Asia, killing almost a quarter of a million people. So, the big questions for a filmmaker in this position concern whether or not it is appropriate to A) capitalize on such a horrible disaster, B) focus on one family that survived the initial disaster, and C) have that family be a white European family. Actually, though, I think director Juan Antonio Bayona managed to tiptoe around those questions with his little “true story” disclaimer. I mean, you could make a movie about Thai people in the tsunami, but you couldn’t make this movie about that, and Bayona wanted to make this movie. Why did he want to make this movie about this family? Because he worked closely with María Belón, on whose family the story is based. Belón and Bayona are both Spanish, so the only really weird thing is the fact that the family in the movie is British. The film perhaps would have been more acclaimed if it were in Spanish, because, you know, people love foreign movies. The film is pretty acclaimed, but some critics have been complaining about all the pasty white British people in it. 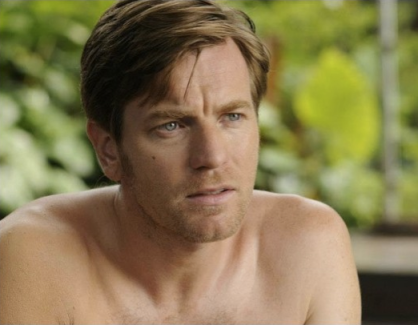 Now, for me that wasn’t so much of an issue, because the performances by this cast more than make up for stupid race complaints. Naomi Watts was rightfully nominated for an Oscar, though it seems she is unlikely to win. Her performance is as raw and brutal as the film itself, wrought with enough pain and emotion to make the viewer believe that she is suffering (actually, she was a little, but I’ll get into that later). She is nicely complimented by a solid supporting cast, free of weakness. Ewan McGregor is wonderful as always, but even the children give stirring performances. Oh boy, I’m using the word “performance” a lot.

Those performances are really brought out by some moving, clever direction from Bayona. His recreation of the tsunami is disturbingly frank and, according to tsunami survivors, accurate. Bayona utilized a fusion of computer-generated effects and a truly massive tank, filled with water and destructible sets. Mostly it’s just Naomi Watts and Tom Holland who have to act in this tank. It’s not a huge chunk of the movie—maybe a few minutes—that they spend in the water, but Holland and Watts spent a whopping five weeks filming those sequences, fighting very real currents, and gasping for air. This was particularly difficult for Watts, who has openly admitted to harboring an intense phobia of deep water and riptides. So, as I mentioned above in those parentheses, Watts harnesses some real physical and emotional turmoil for her performance, and it shows.

Summit Entertainment/Warner Bros.
Yeah, and I thought my popcorn was overpriced.

Some critics and viewers have found that emotion a little overwhelming. Indeed, The Impossible is a harrowing journey, and is at times difficult to watch. Though rated PG-13, the film contains some disturbingly honest depictions of the tsunami’s aftermath, including some really, really graphic injuries. Seriously, though, at one point I did actually say, in reference to something Naomi Watts’ character suffers, “Oh man, I bet that was worse than childbirth.” Aside from just the obvious attempts to make the viewer feel uncomfortable and horrified, Bayona employs kind of a hefty pathos at times. Aided by a sweeping score, some of the more emotional scenes are, well, heavy. Unlike many viewers, I didn’t find that sentimentality particularly ostentatious, but it was noticeable. Still, though, I can forgive that, because it never felt cheap. Those moments, because of the actors, mostly, seemed genuine and realistic. As I mentioned, many survivors of the event saw the film and commented on how accurate it was. Is accuracy always an excuse for pathos? No, not really. Take, for example, Saving Private Ryan. Veterans from D-Day said the opening sequence was the truest depiction of war on film ever, but I still found it heavy-handed, but that’s just Spielberg for you. Yes, The Impossible is emotional; no, it’s not too emotional. 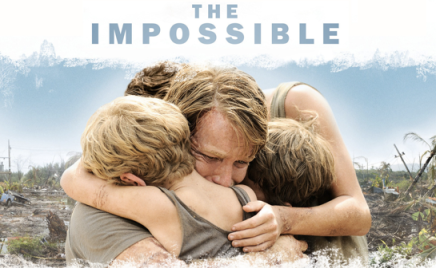 Summit Entertainment/Warner Bros.
So, we’re going to have a fair number of these moments.

I have one closing statement about accuracy, though. This film is a brutally honest and accurate dramatization of one family’s experience in the 2004 tsunami. I do not, however, think that it is such a strong representation of the tsunami itself. Despite some cinematographically striking shots of the widespread destruction, and the characters’ frequent interactions with other survivors, I did not get a full concept of the sheer, unbridled devastation of this natural disaster. Two hundred and thirty thousand people died in a matter of minutes. There was no human logic or reason at play, either. This was not a war or genocide; no one could be blamed or punished; instead, in a freak meteorological coincidence, those lives were just extinguished. How many of those people deserved to die? How many of them had a complete character arc? To reiterate, this film is not about those who died, or even those who lived; it’s just about five people who did the impossible (that’s the name of the movie!). The film did not set out to represent the disaster, and it’s difficult to say whether or not it should have. It does portray the events with utmost respect to everyone involved, though, so I’ll give it that.

Summit Entertainment/Warner Bros.
That got really serious, so here’s a picture of Naomi Watts looking beautiful to lighten the mood.

Overall, The Impossible is a well made, perfectly acted film that probably should have been nominated for a few other Academy Awards. It’s not a walk in the park, though. It’s disturbing, shocking, moving, and you will cry unless you don’t have a soul or have some horrible tear-duct malfunction.

To wrap up, though, and to bring things back to my Wednesday, this was a good way to top things off. I kind of needed a movie like this. And then on the way home I had a tube car to myself, which was kind of surreal. 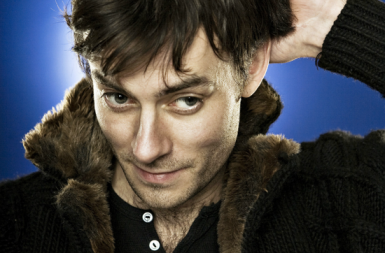 Vesterport
And another picture of Gísli just to wrap things up.