Recently I decided to revisit a fun Nickelodeon show that I enjoyed when I was younger. This show was Danny Phantom, a series about a moody teenager who gains ghost-like abilities and must fight other ghosts from wreaking havoc in our world. Upon re-watching the series, I was surprised to find how much it embodied the superhero genre. All the main tropes were in place and in the back of my mind it certainly registered as a superhero show however, I think due to the fact that it didn’t originate as a comic book and didn’t have the big names of DC and Marvel behind it, I never really thought of it as such. It wasn’t until my most recent viewing of the series that I began to appreciate it for its comic book inspirations and its fresh new take on an older concept. 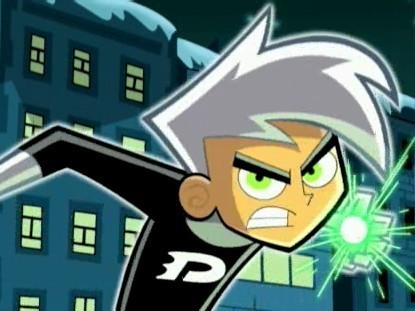 As the titular character, Danny, would describe a generic episode “a ghost attacks, we exchange witty banter, I kick ghost butt, and we all go home having learned a valuable lesson about honesty, or some such nonsense”. When you think about it, the formula of “attack, banter, kick butt, lesson”, is seen frequently in the comic world.The show even has reoccurring villains and arch-nemeses that are common staples of a superhero comic. Furthermore, Danny’s “phantom” outfit is a sleek, formfitting jumpsuit which you often see caped crusaders like Superman flying around in (yet his disguise is only slightly better than Clark Kent’s). Even the humor, like the “witty banter” is especially reminiscent of Spider-Man, but with its own flare of comedy thrown in. Some of the show’s main conflicts and themes are often found in superhero shows and comics. For instance, the series often follows Danny’s attempts of learning about and gaining control of his powers, since the start of show is very early on in his career of local ghost-catcher. Watching Danny’s powers grow and seeing him gain new abilities throughout the series keeps things interesting. One of the central conflicts of the series is that though Danny often saves the day from his ghostly enemies, since he himself is part-ghost, many people of his town, including his own parents, mistakenly see his ghost-identity as a threat. This concept is pretty common in superhero tales as well, like how Batman is often seen as a criminal due to his vigilantism, or the X-men who are mistrusted due to their powers. 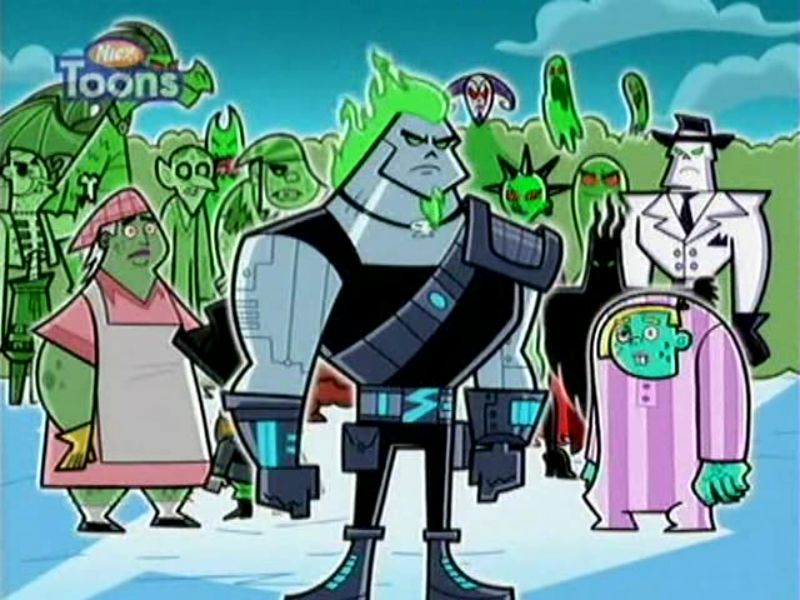 What’s kind of cool about Danny Phantom is that it really isn’t in your face about its tropes. It uses all of the old cliches, but it breaks down some common superhero themes and makes them fun and new for kids. Since it includes heavy supernatural themes, the show adds to the genre with its own universe and its own fantastical rules. The ghost-catching aspect brought something new to the table in a genre that, especially nowadays seems to be done to death. If Spider-Man was a Ghostbuster, this is what you would get (Bill Murray cameo not included). With all the recent DC and Marvel movies that have come out in the past decade, it was refreshing to watch a superhero show that for once WASN’T in the same two universes that I keep seeing. And while I do enjoy comic books, and media based on those comic books, it’s nice to see a show that has its own original idea that embodies a comic-like feel while still doing its own thing. If you think about it, there are actually very few superhero shows or movies that DON’T come from a comic and AREN’T simply a parody of that style. The Marvel and DC universes are amazing and expansive, but for a casual viewer, they can be a lot to take in. So it’s nice to see a self-contained series that takes place in a world of its own. Funny, action-packed, and with great characters and voice actors, Danny Phantom, is certainly a show I’d recommend picking up and watching.