“I am confident that someday in the future The Rock, who was once a professional wrestler, will run for president of the United States, and I think that he will win. I have seen with my own eyes the power of The Rock. The Rock is a uniter, not a divider. When the BOP showed Walking Tall, the turnout for every screening all weekend long was unprecedented. The Rock has an effect on women that transcends divisions of race, age, cultural background – even social class, the most impenetrable barrier in America. Black, white, Spanish, old, young, all women are hot for The Rock. Even the lesbians agreed that he was mighty easy on the eyes.”

So sayeth Piper Kerman in her book Orange Is the New Black. Wiser words were seldom written. Now, we’re all familiar with Dwayne “The Rock” Johnson for various reasons, from his WWE stardom and The Scorpion King to his performance of Taylor Swift’s hit single “Shake it Off” on LL Cool J’s Lip Sync Battle and that time he flexed off an arm cast in the latest Fast and Furious movie. Truly, one could describe The Rock as, in the most sincerely respectful way possible, “the man.” He’s the man. Also, he’s The Rock. 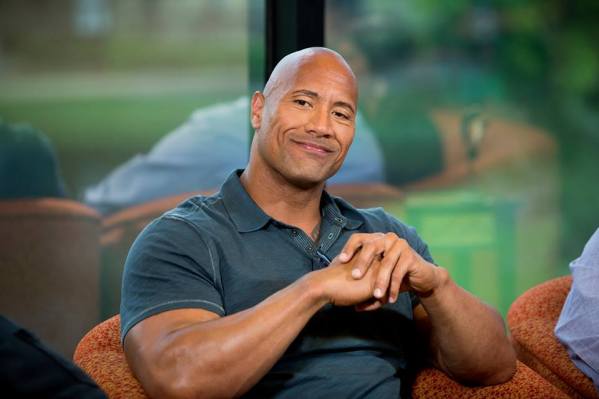 Various interviews and that aforementioned homage to the incomparable T. Swizzle have demonstrated that The Rock has a great sense of humor about himself. You can’t make it far in a career built on a foundation of WWE without having a good sense of humor. Now, admittedly, I have not delved into his entire illustrious cinematic career, and while I’d always had my suspicions (especially from cameos in things like The Other Guys), I never knew beyond any shadow of a doubt how he would perform in a straight-up comedy. Comedy is hard, and even brilliant, intelligent, funny professional comedians fall flat on their faces sometimes… without intending to do slapstick, I mean; that falling was metaphorical.

I know that when you go to see a movie, with the intent of writing a critical review of it, you shouldn’t really consider it from one angle and one alone. You definitely shouldn’t get four hundred words into your article without having introduced the film, and you certainly shouldn’t only write about one of the movie’s stars, when, as with any movie, there are many avenues of criticism down which to trod. Kids, Second Breakfast is not a great model for film criticism, if you’re thinking about getting into that. I wrote an article about beards once.

The Plot: Calvin Joyner (Kevin Hart) is, much to his own chagrin, one of those guys Bruce Springsteen sings about in “Glory Days” who peaked in high school and now drifts through a dead-end job without any hope of fulfilment or excitement. With his dreaded twenty-year reunion imminent, he decides, on a whim, to accept an invite from Bob Stone (Dwayne Johnson), who was tragically obese in high school and suffered endless droves of torment and ridicule from his peers, except Calvin, from whom he received nothing by sympathy. Of course, now he’s lost that weight and gained it back again in the form of muscle power. And he’s a CIA agent who’s been framed for treason and is in desperate need of some mid-level accounting assistance in order to clear his name. It’s one of those painfully drab and a realistic indie movies where nobody speaks and nothing happens, but we’re still supposed to feel bad about ourselves anyway.

At its offset, Central Intelligence has two objectives. Its secondary objective is to deliver a message about bullying in high school and reassure kids who suffer from it that things can and usually will improve. Given that most kids who get bullied in school tend not to transform into CIA agents who resemble The Rock after they graduate, this message isn’t entirely successful in its delivery, but I suppose in this case it’s the thought that counts. Anyway, the movie’s primary objective is to amuse, to incite laughter, and I’m pleased to report that it achieved that goal with flying colors. As a short disclaimer, I saw this movie in Moab, Utah, where the temperature had soared to 111° F, and at that time I simply needed air conditioning. I would have sat through pretty much anything for two hours out of the sun, but don’t let that fact cheapen my point: I thoroughly enjoyed this movie.

And a lot of that is owed to Kevin Hart, whose bemused, over-his-head, out-of-his-element performance nicely contradicts The Rock’s, who plays a surprisingly layered character, equal parts The-Rock-as-a-badass-CIA-agent and traumatized-fat-kid-looking-for-a-friend. In the midst of these two archetypes, if you’re wondering, The Rock pulls off an excellent comedic performance, both to rival and complement Hart’s. If you’re ever in Moab and it’s too damn hot and your options are this or the World of Warcraft movie, I think you know which I’d recommend.

And if The Rock ever runs for president, he’s got my vote.

The Rock for President 2020