Ah, it’s that time again: Time for a somewhat obligatory Top 10 list. I know it’s late, posted mid-February and only a week before the Oscars, but I must confess, I nearly didn’t do a list this year. I know, shocking. What would you have done? Where would you have been? Without a Top 10 list from me… I shudder to think of that reality. The reason I almost didn’t have a list was because I almost didn’t like ten films from 2014. No, let me rephrase that. I almost didn’t like them enough to put them on a list. I mean, I enjoyed the summer’s blockbusters. I liked Interstellar, too. And Boyhood. And Fury, American Sniper, and, of course, 22 Jump Street. Actually, I loved 22 Jump Street. Maybe that should go on here… ah, it’s too late now. So, this list is delayed because I’ve used the last month and a half to feverishly dig for great releases from 2014. As you can see, mission accomplished.

For a brief disclaimer, there are a few films that came out last year that, I suppose, could potentially figure into the list, which I haven’t yet seen. They are: Calvary, Mr. Turner, John Wick, and any foreign movies or documentaries (haven’t had a ton of opportunity there). If it offends you that any of those aforementioned films are not on the list, forgive me, because I qualify out of ignorance. If any movies that I didn’t mention don’t appear on the list and you think they should, well then, friend, you and I have different tastes.

Also, this is an entirely subjective list, kids. I’m not here to tell you what the best movies of the year were. These are just some of my favorites. 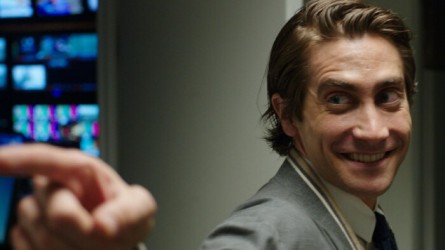 While Nightcrawler might miss its perfect ending by sixty seconds, that’s its only flaw. Dan Gilroy’s Oscar-nominated screenplay demonstrates an incredibly difficult form of character development: the film’s protagonist Louis Bloom (Jake Gyllenhaal) doesn’t actually change over the course of the film; the audience’s perception of him does. That’s tough to pull off. Gilroy’s mastery of the character is honorably performed by Gyllenhaal, who delivers his best performance to date. It’s not a perfect film by a long shot, but the more I think about Nightcrawler, the more I like it and the more I appreciate what it’s doing and how it does it. You can read my full review of Nightcrawler here. 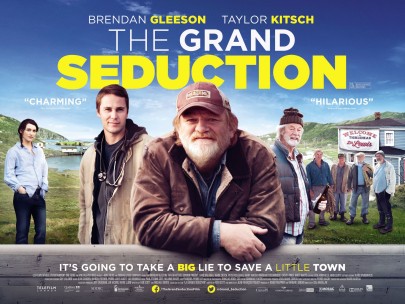 Man, this movie has so much charm and good humor. Indie comedies are as hit or miss as any other genre, but The Grand Seduction hits its mark with every scene and joke. The humor is grounded, natural, and sincere, and the characters are likable and realistic. More importantly, and this is something that a lot of comedies and even more indie movies lack, The Grand Seduction has a thoughtful, timeless message about community, history, and identity. In a rapidly growing world of urbanization and technophilia, it’s important to remember that there are still people who work hard for a living and take pride in what they do, and there are places that are so inherently beautiful that you just need to sit, breathe, and enjoy them, and hope they never change. You can read my full review of The Grand Seduction here.

A whole bunch of “true story” movies came out in 2014, and you’ll note that not many of them are on this list. The reason Selma made it is because it’s the best one by far. Sorry, The Theory of Everything, The Imitation Game, Wild, The Monuments Men, and 300: Rise of an Empire; you didn’t make the cut. Selma approaches one of the biggest historical icons of the century with restraint and intent, never slipping into idolizing territory, and never compromising its message for the sake of a shoehorned contemporary agenda or Spielbergian heavy-handedness. David Oyelowo’s performance as Martin Luther King Jr. should be studied by all who want to portray historical figures in a genuine, insightful way. You can read my full review of Selma here.

Three films on this list are about rigidly principled men trying to do the absolute best they can in the worst imaginable circumstances. Four, if you count The Lego Movie. So, maybe I like a type. What I really like is a film that focuses on well-rounded, interesting people engaging in a riveting plot and ultimately delivering a meaningful message. A Most Violent Year is enthusiastic in its fulfillment of these criteria, with the added bonus of an ensemble cast of great performances, led by Oscar Isaac and Jessica Chastain. Writer/director J.C. Chandor resists any temptation to slip into expected genre clichés, much to the disappointment of many a viewer and critic, but not this one. It might not be perfect, but this film does what it needs to do, and then a little extra, and it does it all well. You can read my full review of A Most Violent Year here.

Locke may appear at first glance to be as bound to its gimmick as Boyhood or Birdman (the former of which totally manages to justify said gimmick), but writer/director Stephen Knight takes that premise, the fact that the whole movie takes place inside a moving car, and produces the most compelling and genuine story imaginable. Tom Hardy stars in the titular role as a man whose only objective is to do the best he can under bad circumstances, circumstances that he created. The screenplay flawlessly presents an in-depth character study and uses its time so efficiently that by the end of the short runtime, the viewer feels as if Ivan Locke is an old friend. Tom Hardy gives one of the best—and easily the most overlooked—performances of 2014. Like most of the films on this list, Locke failed to garner awards attention, but far outshines most of the movies that were nominated in its stead. You can read the Tuesday Zone’s full review of Locke here.

Odds are decent that you haven’t heard of this movie. I don’t mean that to sound hipster-y, but it did fly under most radars and only came to my attention after a strong recommendation and the realization that Harvey Keitel was in it. Even better than just that—that’s right, even better than Harvey Keitel—is the ingenuity, innovation, and integrity that went into creating this singular, entirely original piece of art. The Congress does things to the medium that few would ever dare to do, let alone think to do. It is, to quote myself, totally fuckin’ nuts. What makes this film worthwhile and not just a sleazy self-aggrandizing piece of garbage, though, is the heartfelt human element that courses through its veins. Somehow writer/director Ari Folman didn’t get bogged down in his own experimentation. This is, by the way, experimental cinema at its best: innovation for the sake of the story, not for its own sake. You can read my full review of The Congress here.

I was so pleased to see Whiplash get some Oscar nominations, a few of which it will likely win (*cough* Supporting Actor *cough*). What sets Whiplash apart from the other nominees, and indeed from most movies, is its complete and utter devotion to its theme. You can try and try, but it’s tough to find a movie with such a fully imbedded and realized theme. The music of Whiplash not only dominates the story and characters, but penetrates every single layer of the production ensemble; it dictates the pacing, the editing, the cinematography, the framing, everything. The actors, particularly Miles Teller and likely Academy Award-winner J.K. Simmons, deliver solid performances that perfectly serve the underlying idea of the movie, but I have to give the greatest portion of the credit to writer and director Damien Chazelle. He made a damn fine movie. You can read my full review of Whiplash here.

With the winning combination of Tom Hiddleston, Tilda Swinton, Mia Wasikowska, and John Hurt as vampires, I don’t see where you could possibly go wrong. Even if he didn’t have that amazing cast to back him up, though, Jim Jarmusch’s most reasonably-paced film still would have been great. His screenplay makes lacking a plot an art form unto itself, and his vision of vampyric immortality is nothing short of a dream come true: bumming around the world with people you like enjoying culture. Someday, Chris, someday. You can read my full review of Only Lovers Left Alive here.

I’ve heard a lot of people calling this Anderson’s best to date. I don’t know if it beats out Moonrise Kingdom or The Royal Tenenbaums in my book, but it’s certainly top-notch. The Grand Budapest Hotel is a nearly flawless blend whimsy, action, an all-star cast of touching, believable characters, and Anderson’s signature wit and visual sensibilities. To quote Roger Ebert, The Grand Budapest Hotel is “a happy marriage of good ideas” (admittedly he was referencing a different masterpiece: Space Jam). Amid all the whimsy and action in this film Anderson’s keen sense of humanity thrives in unexpectedly brilliant ways, rivaling the heartfelt attitude of his aforementioned films. You can read my full review of The Grand Budapest Hotel here.

Yes, The Lego Movie. You need to know two things about this decision. 1) I didn’t think long or hard about what my favorite movie of the year was, because the answer was obvious upon my initial viewing of this movie over a year ago. 2) Remember earlier when I basically said that objectivity is for chumps? I’ve banished that pretense. I ain’t got no business telling you what the best movie of the year was, but this one was certainly my favorite. Buddy, I could go on and on explaining why this perfect piece of cinema achieved the number one slot, but rather than pumping up an even bigger word count than what I have now, I would just encourage you to read my full article reviewing The Lego Movie. I’m not going to say anything here that I didn’t already say there.