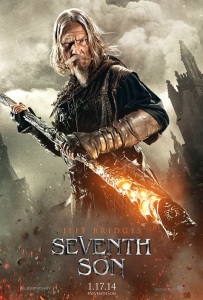 Lesson – Stick to the book.

Hoooo boy. I have watched a lot of mediocre fantasy movies in my day. And sometimes I’m pleasantly surprised by them. Other times they end up being a snooze fest. Rarely, however, do I leave a movie theater filled with ire. Such is the case with The Seventh Son.

Seventh Son is about an ancient order of knights that hunt the supernatural called “Spooks”. They are all the seventh sons of the seventh son, which is for some reason quite special. It’s based on a book called The Spook’s Apprentice. Like many Hollywood adaptations, the movie seems to have missed the point and thusly ruined the book. I haven’t read The Spook’s Apprentice, but I wield the power of the internet, so here we go. Seriously, I read the book synopsis and I’m not convinced the movie is based on it.

The movie features a jaded and grumpy Jeff Bridges as an old Spook who is looking for a new apprentice after the last one died. The last one, played by Kit Harington, dies because Gregory (Bridges) burns him alive in an attempt to also burn Mother Malkin (Julianne Moore) alive. A lot of people get burned alive in this movie, and it’s frankly a little unnerving. Aaaaanyway the new apprentice ends up being Tom (Ben Barnes) and he’s a little special because he has visions. He is now tasked with finding and re-capturing/murdering Mother Malkin and her assistants. Along the way he falls in love with Alice, a half-witch and the niece of Mother Malkin. This entire movie takes place within seven days. 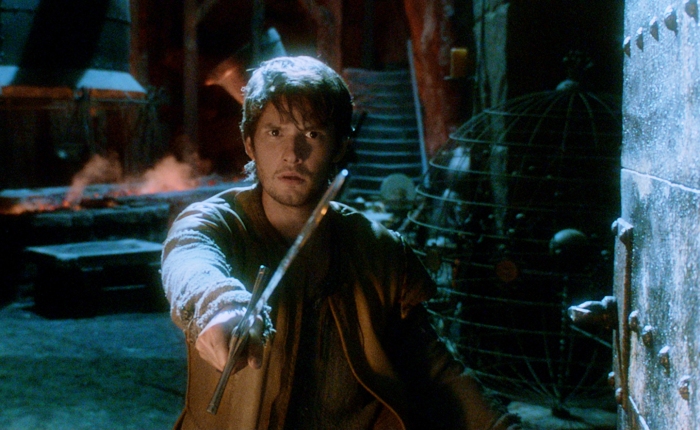 I don’t want to sound like a broken record, I really don’t, but this movie is everything that’s wrong with the fantasy genre. It’s set up to cater to the inept masculine character at the great cost of everyone else, and as a result the other characters fall flat, even Gregory. Everyone in this movie is there for Tom. Now, I know the Hero’s Journey, and there are some really fantastic movies that follow this format successfully. All of the opportunities that are available to do anything progressive are totally wasted. The book format is a somewhat dark (in the vein of Roald Dahl or Lemony Snickett) novel about a twelve year old boy named Tom who helps Alice recover from the Darkness and then resumes his apprentice training. The movie sexualizes an older Tom and Alice and heavily implies that their relationship escalates…quickly. In either case there’s a lot of kissing and nuzzling. He meets her by saving her in one of the creepiest round of events where – okay, so, Alice is being escorted to the stake to be burned for being a witch. Tom, having become an apprentice yesterday, decides to pull rank and ‘save her’ by marching into the crowd, grabbing her, claiming he’ll ‘deal with her’ and then marching her into an alley and backing her up against the wall. Holy god.

This movie reinforces woman-as-objects at almost every turn. Mother Malkin succumbed to the darkness because she was weak, and even though she loved Gregory that love was ultimately her downfall not once, not twice, but three times. Similarly, Alice is not capable of making her own decisions and although she’s pretty anti-bad magic she needs Tom to save her a few times and convince her that the right thing is however he acts. Because his love is pure, for Alice, Alice’s mother (Mother Malkin’s sister) suddenly grows a spine and alights into battle for him. The second interaction we have between Alice and Tom is Alice swimming naked(?) to get his attention. It works, because of the fantasy trope that even a manly masculine man can’t control himself around a beautiful woman. 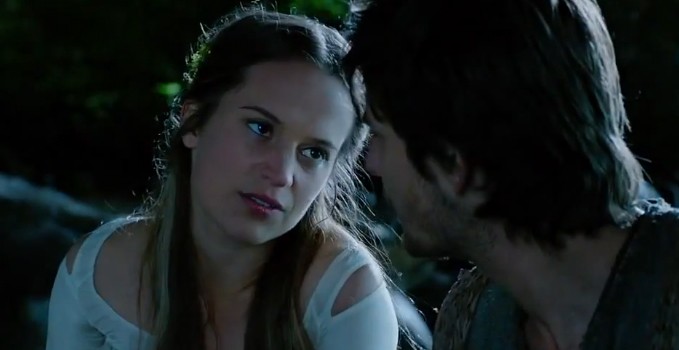 Aside from the rampant misogamy, there’s also some questionable racism. All of Mother Malkin’s minions are tired stereotypes, including a warlock in tribal paint with a literal bone through his nose, a blue multi-limbed Asian/Eastern sword fighter and a black woman in makeup who turns into a jungle cat. I’m happy to report that these characters don’t seem to be present in the book.

In the realm of goofier things that aren’t correct, Tom does things like fall down not one but TWO waterfalls without dropping his sword or impaling himself. I’m willing to overlook a lot of ridiculous things in a fantasy movie in exchange for a fun time, but Seventh Son doesn’t really get this pass. 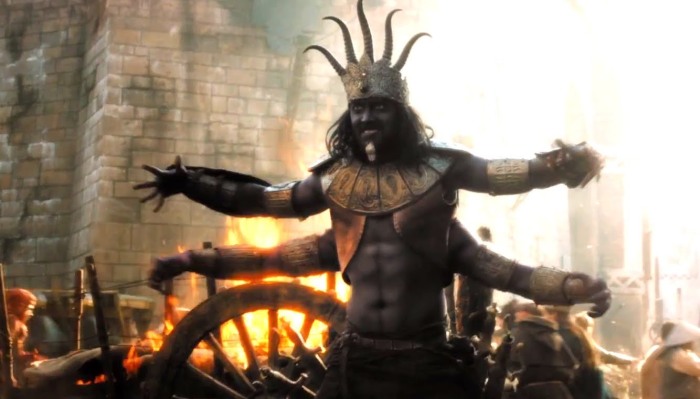 Now, the monster design was super cool. I’m all about the monsters. The dragons are insanely neat, the Boggart, despite suffering a different role in the movie than the book, was really great. The makeup job on Tusk (a good guy in the movie, bad guy in the book) is fantastic. Parts of the costuming were good – the dragon exoskeleton thing on Julianne Moore needs to be in my closet right now. Right. Now.

Everyone seemed like they were trying super hard to enjoy being in this movie, but it felt a lot like LARPing. Jeff Bridges speaking with an affected accent that sounded a lot like marbles, Ben Barnes trying to be endearing but ultimately failing, etc. This is the kind of movie that stresses me out. There are many many other fantasy movies that are a better time than Seventh Son, and I recommend you go see those instead.