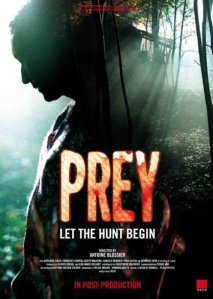 Lesson: Business. Is it worth your entire family?

Originally, I selected this movie to be part of Octoberween’s festivities, thinking it was an Australian horror.

SURPRISE! This movie is in French. Yeah I don’t know. I just wiki’d ‘Australian Horror’ and was assured that this was an Australian film, but I guess that ‘Prey’ is from 2009, while the one on Netflix is a 2010 French film. Either way, I commit to these things when I hit ‘play’, so here we are, pre-writing film reviews for November.

The film itself pulls little punches, at least in the first part. It’s wonderfully executed, and the props and prosthetics are flawless. There is a snarl about ten seconds in, and weird things start happening almost immediately.

To be honest, I don’t have a lot of experience with French movies, let alone French horror. But, I think, even muted, you could see this is a French film. Also it’s about wild boars, which is not an American problem.

From what I can gather, there’s a villa belonging to the Leman family, who also owns and operates some kind of factory with heavy research and development. They may or may not be trying to sell it. Either way, they know there is a boar that is killing deer and they are going to find it and put an end to it. Oh also the grandfather has severe chemical burns on his back. I’m sure it’s unrelated.

Oh hey, here’s a subplot that doesn’t bother me! It’s engaging! Nathan, an eager son-in-law-to-be wants to move away with his fiancee, who’s pregnant, but also somewhat in charge of the lab and under a lot of pressure to develop a new formula. Her father turns out to be a bit of a jerk, causing some understandable tension.

Dead fish in your pond, probs not a good sign.

To be even more honest, I got a little lost during the height of the action. For some reason there was different inter-hunting-group fighting, and some escalation of drama followed by some literal escalation into a tree. I doubt I’m the first to notice there are a lot of similarities between Prey and Jurassic Park, but, there are a lot of them.

“Hey, remember that time that you were being hunted by a mutant boar?”

“Yeah, man, that was crazy. One time, I had to get into a ditch and pull a boar carcass over me to avoid one! But then my cellphone goes off – women, right? – and the boar comes back! So I slit open it’s belly and covered myself in blood. Totally worked.”

But actually, this movie was so good. So so so good. Really excellent work. I actually can’t get over the prop work. 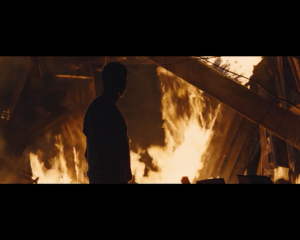 And the end is great. Seriously. I won’t spoil it, but you should know that the urge to talk about it is killing me. All I can say is that it’s a wonderful execution of the complex nature of the film’s internal dynamics.