I think I’ve said this before, but perhaps not so succinctly: “The Following” is successful when it simultaneously embraces normalcy and chaos.

The opening scene this week of Joe preaching is a perfect example of that. It seems so utterly natural for a man to be talking to a group of people, getting them jazzed, etc., it’s somewhat easy to forget (or unsettling to remember) that he’s talking about murder. On the flipside, the FBI is seemingly disorganized and chaotic, confused, behind the times. This execution is somewhat flawed, because the questions are a bit dumb. Of course they don’t know where the compound is. If they did, they probably would be planning some kind of retaliation…DUH.

I like that it’s standard to have ‘douchebag who films instead of helping’ in the extras now. 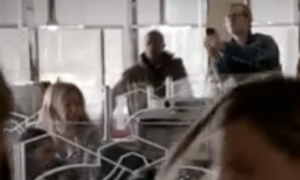 That all being said, sometimes “The Following” falls way short of the mark. The sequence with Paul and Jacob (YAY THEY’RE BACK) and their trust issues with Emma wherin Paul has a flashback where he implicitly states over and over again that Emma has trust issues…yeah. Not doing it for me. Also, why does he look so impossibly outdated? No one grows a mustache like that voluntarily in combination with those glasses. And that hair. Not in 2007. The second flashback is legitimately the high school ‘hah you’re a virgin’ trope.

DAMNIT. Why. Why. Why. Emma was this independent woman who got her own stuff done and didn’t form attachments. She worships Joe, but so does everyone else. And now she’s just a woman scorned. UGH. So close to a fully developed person. Roderick’s part in this is wonderful though. 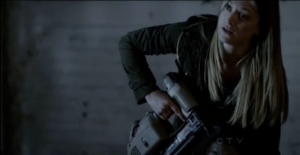 Woof. Louise and Paul in one episode? Rough. However, the scene with Paul and Jacob was like…genuinely touching? Super poetic? The most gothic-romantic thing in the whole show so far and therefore the best representation of what Joe aims for…? Yeah. I think it was.

It took me a long time to decipher the song at the end of this week’s episode, but I have deduced that it is…Violet’s in a Pool by Tamaryn. If you guessed that it’s a sleepy song with growly yet ethereal vocals, good job!

One thought on “Rooster Recap: “The Following” Episode 9: Love Hurts”