Welcome to my column Single-Malt Movies!  Here, I’ll be pairing movies with famous drinks from the movies or my own cocktail creations inspired by the movies.  So, before you start reading this review or watching the movie (take your pick), I present to you Moloko Plus, from A Clockwork Orange (1971). 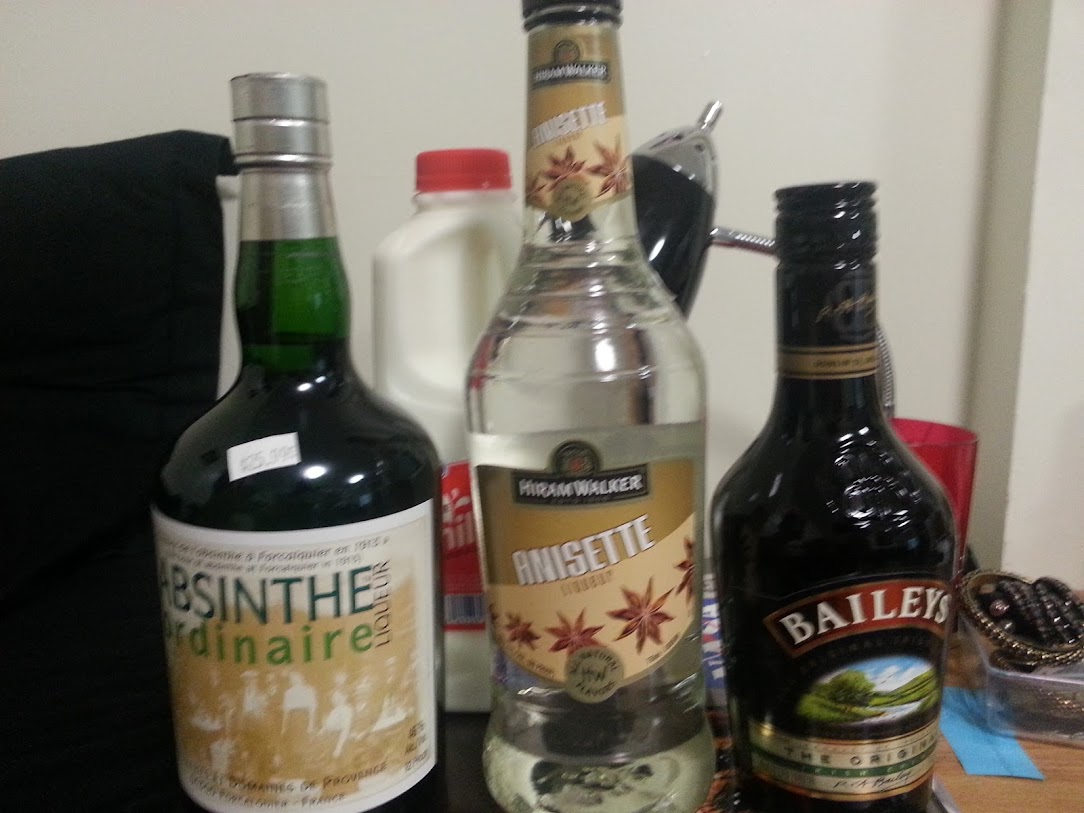 Pour the absinthe, anisette, and Irish cream into a tall, chilled glass.  Fill to top with milk and serve.  Now that you’ve got a drink from the distant future of 1995, you’re ready for the plot.

Plot: In the future, England is ruled by street gangs. Among the best of the best is Alexander DeLarge and his moloko-loving droogs. When his dominating mean-spirited antics turn his droogs against him, however, they set him up to be caught at the scene of a crime. Desperate to be released from prison as soon as possible, he steps forward as a candidate for some morally questionable procedures that ensure he’ll never have the desire to partake in a bit of the ol’ ultra-violence ever again.

A lot of people don’t like this movie.  They watch the first 10 minutes and turn away from shock horror or sit through the whole thing for the sake of watching a classic and never come back again.  I’m here to convince you to give it a try, at least.  And who knows; maybe the Moloko will help.  Now, a note on the drink.  Moloko is Nadsat slang for milk, and the Korova Milk Bar features a variety of spiked and laced dairy drinks.  No one recipe is ever specified, although one drink is served “with knives in it.”  I browsed at least a dozen homemade recipes, and settled on one that I thought lived up to the idea of sharpness.  While other recipes used vanilla or honey to combat the harsh licorice flavors of the absinthe and anisette, Irish cream does a much better job at mellowing the licorice without contrasting it.

The amount of thought put into creating these drinks alone should give you an idea of the world that Kubrick created through Anthony Burgess’ novel.  Far beyond describing the futuristic settings of milk bars and music stores, Burgess created an entire language — Nadsat — that gangs in the UK can use.  Nadsat is vaguely derivative of Russian, and although you can figure out most of the words by reading the book, there are convenient dictionaries online.  Kubrick not only preserved this language in his film, but it felt natural when the actors used it.  Even before you’ve had a chance to accustom yourself to the language, the slang in the first line of the film does not come off as distracting.

There was me, that is Alex, and my three droogs, that is Pete, Georgie, and Dim, and we sat in the Korova Milkbar trying to make up our rassoodocks what to do with the evening. The Korova milkbar sold milk-plus, milk plus vellocet or synthemesc or drencrom, which is what we were drinking. This would sharpen you up and make you ready for a bit of the old ultra-violence.

Malcom McDowell’s performance as Alexander DeLarge is wonderful.  He convinces the audience that he really does enjoy ultra-violence. He gets lost in his vices and doesn’t care if you’re watching.

When Alex is left framed at a murder scene and arrested, this personality does not change. Alex is as manipulative as ever, never losing confidence in his ability to charm his way out of prison. As a character, this is what wins me over. Even in the face of imprisonment, Alex remains extremely powerful. His spirit doesn’t break until his desperation to leave prison blinds him to the effects of a cure that will guarantee his freedom in two weeks.  We then start to watch a man with a divided mind: the treatment, the Ludovico technique, conditions him to feel violently ill whenever he has the desire to to rape and murder.

This is where the film becomes satirical.  After having so much power as a gang member, Alex is suddenly a pawn of British politics.  Because the Prime Minister authorized the Ludovico technique, which comprises nauseating a patient while exposing them to violent films, a group of citizens wants Alex to fail as a human being.  They want the side effects of this immoral rehabilitation treatment to drive him to suicide.  It just so happens that one of the leaders of this group is the widower of a woman Alex raped earlier in the film.

Once you get past the horrorshow ultraviolence, which I promise is possible, this movie is deeply thought-provoking.  While undergoing the Ludovico technique, he’s accidentally conditioned to become nauseated by the music of his favorite composer, Beethoven.  Is it worth it to be a peaceful man if you can no longer enjoy the non-violent things you used to love?  The film questions whether or not Alex has even become a “peaceful man” after all this.  Sure, he’s non-violent, but it’s not by choice.  Characters both for and against Alex believe this is a breach of humanity.  Religious and political motivations spark conflict and debate, but all of this is happening around a passive, content Alex.  People may try to use him as a pawn, but if he’s going to comply, they’ll have to cater to his will.  After Alex’s SPOILER suicide attempt, the doctors undo the Ludovico technique and Alex comes back just as powerful as before, but with the government at his beck and call.  As the movie (not the book) ends, it’s uncertain as to whether Alex will resume his ultraviolent krovvy-loving tendencies and find a new pack of droogs with whom he can drink laced milk, or if he’ll play the government to some spectacular advantage.  Perhaps both.

If this hasn’t convinced you to see A Clockwork Orange, perhaps you’re still willing to give Moloko a try.  I’ll say that it’s a perfect cold-weather drink.  It’s heavy and smooth, (not too) sweet, creamy, and finishes with mild amounts of a sharp licorice flavor.  It’s a strong drink, but doesn’t taste it, so be careful.  After a long day, it’s certainly something soothing to sip.  What more can I say?

I was cured alright.

One thought on “Single-Malt Movies: A Clockwork Orange and Moloko Plus”