Working at a video store—which is a thing that I do and very much enjoy—I get a lot of well-meaning customers telling me that Netflix doesn’t have any good movies on Instant. While I appreciate the attempt to create a euphemism for “I’m shopping here because of pity and nostalgia,” I’m inclined to disagree. There are some great movies on Netflix Instant. Although we do have a better selection than Netflix Instant, so if you live anywhere near the video store where I work, just forget about the Netflix thing, okay?

Since it’s a complaint that I hear from people other than customers—then again, do college students count as people?—and since I can’t afford to go to the movies every week, Rooster Illusion is going to start also reviewing movies on Netflix Instant.

For starters, here are some movies that I reviewed back when Rooster Illusion was a column in St. Lawrence University’s student-run newspaper, The Hill News:

“The violence that follows as things get out of control is brutal, harrowing, and entirely appropriate. It’s a journey into Driver’s soul. We never find out where he came from, but it’s clear that he’s done this before.” (Full review here)

Seriously, guys, Drive is on Instant. #*@*! This is a movie that takes time to establish its characters and uses violence as a way to further develop those characters. And the soundtrack is amazing and perfect. I may review it again just to have the pleasure of writing about it twice. 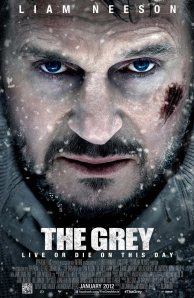 “The Grey is about fighting to the end, and dying well. It would be a mistake to read the idea of a good death as macho posturing. This isn’t 300. ‘Dying well’ means accepting the end, and meeting it with dignity.” (Read the full review here)

Boy, is this ever a heavy movie. But it’s also really, really good. This is another film that I would happily recommend to anyone, whether or not I think they would like it. Does that make me a less legitimate film critic? Maybe. But it also makes me a man. It’s a trade-off I can live with. 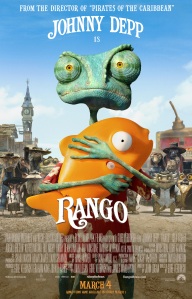 “Rango is a comedy. It’s also a post-modern Western, a witty satire, and an imaginative parable about the search for identity and what it takes to become a legend. I found it consistently funny, which is always nice with a comedy. Much of the humor comes from character quirks, but there’s also unexpected pop culture references that avoid the DreamWorks cheapness and head straight for Tarantino Love of the Cinema territory. And it’s all wrapped up in an excellent script with some fantastic comedic dialogue.” (Full review here)

That pretty well sums it up, Ted. I mean…well, I meant Ted. Seriously, man, it’s a great movie. You should give it another chance.

So if you haven’t seen any of those movies, you should go watch them right now. I’ll be here when you get back. Just make sure you do come back, because starting next Wednesday, you’re getting two reviews a week. And not just for next week, either. That’s two reviews a week until I slip up and disappoint you. How cool is that? Pretty cool, right?

3 thoughts on “There’s Some Really Good Stuff on Netflix Instant, You Guys”