While my last review may have stretched the definition of a “Halloween movie” to its breaking point, this one will also do that. I aim only for consistency. But hey, maybe by the end of the month I’ll review something that meets the most basic definition of a horror film*.

When a massive, rapidly evolving creature emerges from the depths of the Pacific Ocean, members of the Japanese government race to find a way to contain the natural disaster without creating a PR nightmare. Committees are created. Swathes of Tokyo are destroyed. A small group of outsiders, led by the ambitious young Rando Yaguchi (Hiroki Hasegawa), tries to create a solution that doesn’t involve the United States nuking Tokyo. Godzilla looks gnarly as hell.

Shin Gojira (translating to “God Godzilla,” or “True Godzilla”) is both like and unlike any other Godzilla movie. While it’s easy to draw comparisons to the 1954 original–first time Godzilla appears, monster as metaphor–Shin absolutely forges its own path. Whereas the original Gojira uses the titular monster as a stand-in for the horrors of nuclear war, the 2016 update portrays Godzilla as a natural disaster; a radioactive tsunami operating without rhyme or reason. Gojira was a way to process the unthinkable loss of Hiroshima and Nagasaki, a monster in place of the atom bomb. Godzilla’s characterization in the earlier film also planted the seeds for later incarnations, characterizing the monster as nature’s punishment for nuclear warfare.

While Shin Gojira incorporates these elements–it’s revealed midway through the film that the Godzilla was indeed born of nuclear waste dumped in the ocean–this Godzilla isn’t acting with intent. He has all the characteristics of a hurricane. A storm’s damage can feel malicious, but it’s just a weather pattern; a confluence of events exacerbated in some cases by human-created climate change, something beyond our control. A tiger will attack you because she’s hungry or she feels threatened. A terrible act with reasonable motivations. Shin Gojira is more than a storm, but his intentions are inscrutable. Described as “the most evolved being on the planet,” he is God as natural disaster. Or maybe he’s a virus, emerging from radioactive waste to unthinkingly remake the world in his own image.

Shin Gojira‘s monster may be a compelling enigma, but its greatest strengths lie in its depiction of the absurdity of government bureaucracy. The majority of the movie focuses on elected officials trying to comprehend and then deal with this massive natural disaster, frequently failing to act for fear of public backlash.

Early on, when Godzilla’s first form is emerging from the sea and wreaking havoc, government officials debate whether or not the creature actually exists. Rando mentions that a giant monster has been sighted and that videos are being posted on social media; he is immediately shot down and then reprimanded: “Toe the line, and remember who got you here.” This is a system operating under the assumption that nothing has changed. Shin Gojira is less about the monster, and more about how your government can and will fail you in times of crisis.

What’s truly amazing about Shin Gojira is how compelling it makes scenes of bureaucrats debating and then forming committees. The film is edited at a breakneck pace, lending urgency to jargon-y discussions about evolutionary biology and emergency evacuation logistics. As Second Breakfast writer Chris pointed out to me, this movie plays like a perfect adaptation of Max Brooks’ novel World War Z. Career politicians fail to act fast enough to stop the growing crisis, leaving the city’s fate to a group of dedicated experts willing to sacrifice their reputations if it means getting one step closer to nullifying a threat. As deeply unsettling as Godzilla looks, and as devastating as his attacks are, it’s genuinely thrilling to watch a team of competent characters problem solve on not nearly enough sleep.

The film hurtles forward at a breakneck pace, aided by Shiro Sagisu’s eclectic and propulsive score. The percussion-heavy soundtrack incorporates pieces of Akira Ifukube’s works from classic Toho films, alongside choral pieces, jazzy 60s throwbacks, and shredding electric guitars. As dour as elements of the film can look on paper–the United States is going to nuke Tokyo, Godzilla looks really gnarly***–Shin Gojira manages to take itself seriously while also being wildly entertaining and at times unexpectedly funny**.

The Godzilla series has been around long enough to bear the weight of multiple reinventions and interpretations. In the past sixty-five years, Godzilla has been humanity’s savior, a force of nature, and a malevolent being made of the souls of Japanese soldiers who died during World War II (Godzilla, Mothra, and King Ghidorah: Giant Monsters All Out Attack is a wild ride). The films have tackled pollution, childhood bullying, King Kong, and, yes, nuclear war. Shin Gojira, singular as it is, represents the mutability inherent in the Big G’s enduring popularity. He’s a Kaiju of All Seasons, and while I may be a ride-or-die fan of the slightly goofy sixties version, I’ll be here for every swing Toho takes for the proverbial fences. 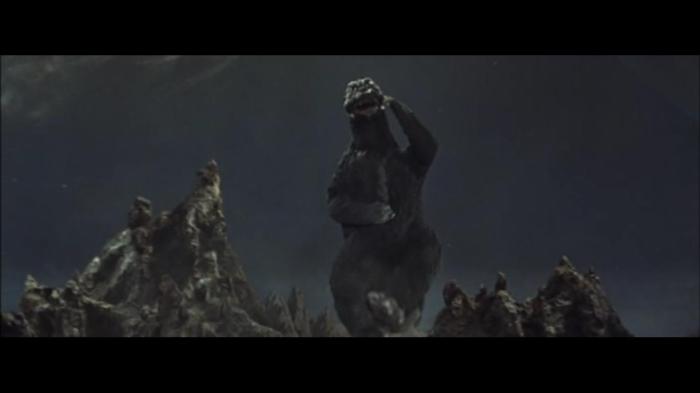 The King of the Monsters can dance if he wants to.

*I mean, it could happen.
**Side note: I haven’t seen any of Neon Genesis Evangelion, but realizing that Shin Gojira director Hideaki Anno is heavily involved in both the series and subsequent movies has gotten me thinking that I should probably remedy that.
***It might seem like I’m way overusing that word, but honestly…am I? 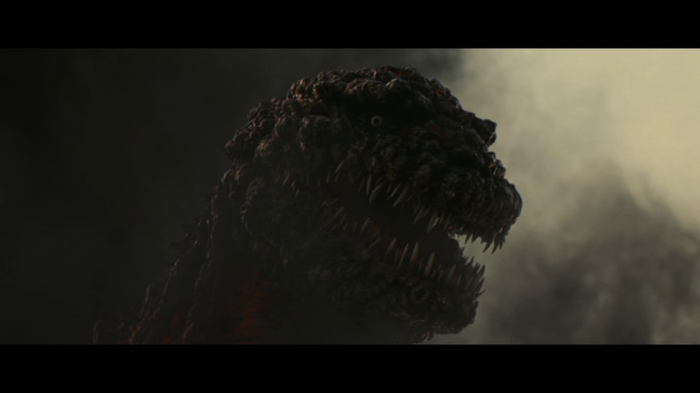