Everybody I know seems to have a Christmas favorite that they watch every holiday season, with family or without. For some, nothing says Christmas like It’s a Wonderful Life (which I recently re-watched for the first time since I was a kid; I liked it, but it struck me that about 65% of the screenplay is Jimmy Stewart delivering impassioned speeches). Maybe you have to watch How the Grinch Stole Christmas or Rudolph the Red-Nosed Reindeer, or a more recent one like Elf or all three Tim Allen Santa Clause movies. Or maybe you curl up in the basement with a VHS tape of a Disney Christmas singalong countdown. Who am I to judge?

About four years ago, when Second Breakfast was still in its infancy, I wrote a listicle (by the way—this is a message intended for the people who develop Microsoft Office—it disgusts me that “listicle” is recognized by spell-checker; you are all on the naughty list) covering a few of my very favorite Christmas movies. I wrote a little on such classics as The Bishop’s Wife, Miracle on 34th Street, and 3 Godfathers. I also wrote a little blurb about my very favorite Christmas movie, indeed one of my favorite movies of all time, White Christmas. That’s the one movie I try to watch every year no matter what. 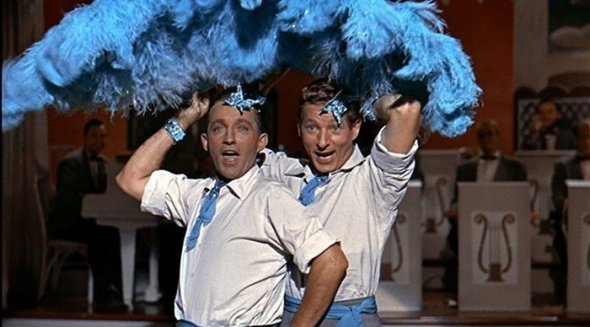 Paramount
Wouldn’t miss it for the world.

Sure enough, I watched it again just a couple days ago, on Christmas Eve Eve. I steered a stew-filled belly into the back room with some family members. Outside, the temperature was shrinking slowly down, and through the windows everything had a nice, snow-cover gleam to it. Holiday decorations sparkled on the houses of my street, and inside everything was decently warm and cozy. Christmas cheer had settled in. My family had reassembled in its entirety for the first time since last Christmas (with the addition of a live animal, which is quite unusual, but very welcome). Needless to say, I found myself in good spirits as we started watching White Christmas for the umpteenth time.

I can’t stress enough the fact that I have seen this movie a lot. Several times, to be precise. I know the script and I know the songs. I know exactly which moments will make me laugh (no less than I did the first time I watched them), and I know exactly which will make me feel. For whatever reason (it could be my head wasn’t screwed on just right, or it could be, perhaps, that my shoes were too tight), the opening sequence hit me a lot harder than usual this year.

If you haven’t seen the movie, do. Shy of that, here’s a brief summary of the first six minutes. The film opens on Christmas Eve in 1944. We see an idyllic New England winter wonderland, covered with snow. The cue of a distant bombshell signals the camera to pull pack. Bing Crosby and Danny Kay dance on screen wearing army fatigues and Santa Claus hats. As the camera continues to move back, we see that the wintry scene is just a backdrop on a makeshift stage. A sad Charlie Brown Christmas tree shudders on one end of the stage opposite a makeshift band. A battalion of soldiers watches and claps along jauntily to the music, cheering on their performing comrades. A brief cutaway scene introduces General Waverly (Dean Jagger), commander of this unit. He’s heading back stateside, while his beloved troops ship out tomorrow under new command. Clearly feeling distraught over this situation (although never saying it outright, because this is classic show-don’t-tell), the General slips in to the back of the audience. Immediately, soldiers nearby stand to attention, but he signals them to relax as he takes his seat. The jaunty music comes to an end and Bing takes center stage.

The following sequence probably only lasts a minute or two. Bing sings Irving Berlin’s famous song, “White Christmas.” Danny Kay winds an old phonograph accompaniment and some distant bombardment provides percussion. As one of the most famous performances of any Christmas song ever plays, Waverly scans his troops, all of them somber and pensive; the General himself seems to be holding back some tears. A scene that could so easily have tilted into sentimentality instead achieves its poignancy through the flawless direction of Michael Curtiz (who, between this, Casablanca, and The Adventures of Robin Hood, had a really good career). 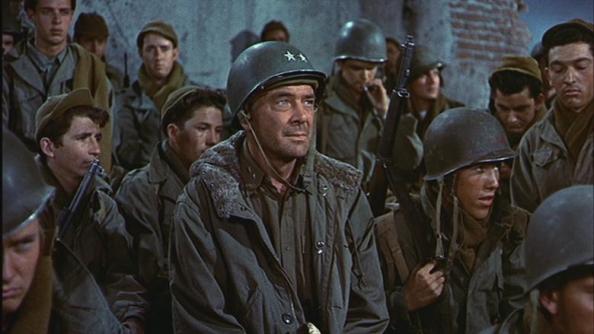 This scene always gets me. It’s a powerful way to start a movie, and the innately nostalgic song pairs wonderfully with the soldiers and the sets. This year, I think more than any before, it made me appreciate my own good fortune and privilege. I get to come home, and be with family, and watch my movie, and sleep in a bed, and play with this mysterious living animal, and drink tea, and unwrap presents, and listen to Bing Crosby sing, and type this article on my own computer, and by Jove, it looks like we might actually have a White Christmas this year. It’s been ages. So, whatever it is you’re thankful for, and for whatever reason, be happy this Christmas. Be happy every Christmas, as long as you can afford to be. Watch your movies and perform whatever other personal traditions you may have, and give thanks to live in a world that allows you to do so. Merry Christmas, everyone.