On December 19th, 2001—that is to say, exactly fifteen years ago from the day after this article’s publication—The Lord of the Rings: The Fellowship of the Ring started playing in cinemas around the world. I was nine… and a bit. Despite its PG-13 rating for “Intense battle sequence and some scary images,” I did see it in theaters. Several times, as I recall. Needless to say, I have, since 2001, re-watched The Fellowship of the Ring more times than I can count. On its fifteenth birthday, my thoughts return to that initial viewing. Without exaggeration, that was probably the most important cinema-going experience of my young life. It made me the nerd I am today. It changed the way I thought about movies, about fantasy, storytelling, adventure, etc. It was a big deal.

Well, being the nerd that I am, as I considered all of these elements just a couple weeks ago, it dawned upon me that I had not seen this movie in about fourteen years. Because, you know… the extended edition. I don’t think I had re-watched the theatrical release—for all intents and purposes, the movie from this series that changed my life the most—since the extended edition was released on DVD in 2002. If you think about it in those terms, fourteen years is a really long time to go without revisiting the most formative cinematic experience of your preteen years.

Having now watched the extended cut of Fellowship, as I said before, more times than I can count, I have precise ideas of the rhythm and pacing of the story. I have to confess, watching this mere three-hour theatrical release did feel like we breezed through some stuff a bit quickly. The extended edition allows for a bit more character development, so the focus is on our band of unlikely heroes and how their quest effects them, rather than on the quest itself. So yes, I have a clear preference, but watching the original cut transplanted me. As soon as the music started up with the first titles and Cate Blanchett’s haunting Elvish voiceover, I was nine years old again, sitting in a theater in Ottawa (an hour-and-a-half drive away from home), New Year snow melting off of my boots, and a whole new world about to open up right before my eyes.

And here’s the thing: fifteen years have passed. Time will have untold effects on people and things, especially art, and indeed a couple elements have not aged well (most notably the Hobbit wigs, the overabundance of close-ups, and Galadriel’s magical freak-out in Lothlórien), but these are minor. Viewing it from a historical perspective, with consideration to the time it was released and the time that has passed, it remains nothing short of a staggering cinematic achievement. Whatever criticisms you might have, whatever opinions you may harbor about the fantasy genre at large or Tolkien specifically, and whatever you may think of the films as adaptations of Tolkien’s novel, I think there’s no denying that Peter Jackson’s primary accomplishment as a director matches Tolkien’s as a writer: he created a real world.

What separates Tolkien’s books from most other fantasy works is the fact that his world holds up against scrutiny. Take the wizarding world of Harry Potter or the galaxy far, far away of Star Wars. They are both a lot of fun. On the surface, they are filled with engaging characters, beautiful landscapes, and exciting struggles against good and evil. Don’t delve deeper than that, though. Asking questions about the judicial system in the wizarding world or planetary ecologies in Star Wars will impede your enjoyment of those franchises. Asking those questions about Middle-earth, and discovering those answers, only improves your appreciation of what Tolkien was able to bring to life. His stories can be enjoyed by any reader, at any level of intensity, because the world of Middle-earth has no gaps or plot holes.

Putting this story on screen was a lofty undertaking. Obviously, there will be fans who have their own ideas about what’s right and what’s wrong (as with Harry Potter, Star Wars, and pretty much every other series or adaptation under the sun), but to even start to do justice to Tolkien’s original work, the film production would have to adapt his approach: no holes, everything has meaning, everything has history. Tolkien’s novels redefined the fantasy genre because he didn’t write them as fantasy. He wrote them as novels of history and epic literature. He plotted out genealogies, wrote languages with complex grammar, painstakingly plotted out maps, developed lunar cycles and made a calendar so that the timing of his narrative would work out perfectly. He created a fully formed world. 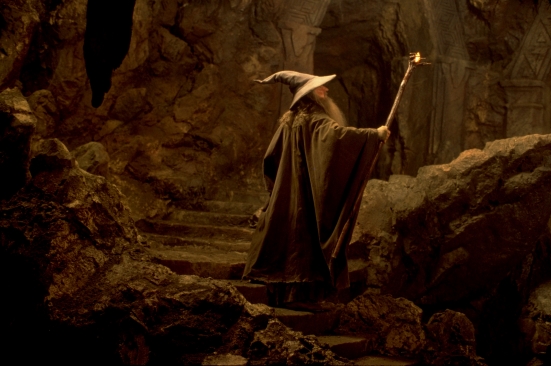 So, Peter Jackson and friends weren’t just putting the story and characters on screen—that’s the easy part—they had to put Middle-earth on screen. Now, as I told you, I was nine years old when I saw this movie and it transformed me into a super nerd. The following years, with two more theatrical releases and three extended edition DVDs, I got really into this. I read a lot of books, and I watched the bonus features. All of them. It is a rare fantasy movie that uses costumes and set design to produce history and character development, but The Lord of the Rings does. Aragorn’s ring has a provenance that bears weight throughout the history of Middle-earth, effecting him, Elrond, and Galadriel. The short swords he gives to the Hobbits on Weathertop—a notable departure from the book—are each linked to specific cultures around Middle-earth (with some subtle foreshadowing: Merry’s sword is crafted in the style of the Rohirrim, and Pippin’s reflects the craftwork of Minas Tirith, and yes, I do have a girlfriend despite knowing that). Hell, even the Orcs are given a tribal society reflected in their armor and weapons.

The reason these movies work, apart from the story and the lovable characters, and the reason we can still consider them groundbreaking pieces of filmmaking, is because they feel real. Whether Frodo and Sam are wandering through the Shire, holing up in the dingy Prancing Pony, relaxing in Rivendell, or running for the lives through the mines of Moria, regardless of whether they are on a set, on location, or in front of a green screen, these locations and the adventure they bear with them feel real. Everything from costuming and makeup to set design and CGI and the wonderful, beautiful soundtrack is done with such care and dedication that it holds up fifteen years later. The world feels just as immersive to me now as it did when I was sitting in that movie theater at age nine, with no idea what I was about to behold. Fifteen years later, I still worry about Frodo and the Ring, the final scene still gets me all choked up, and I still get excited during the action sequences. 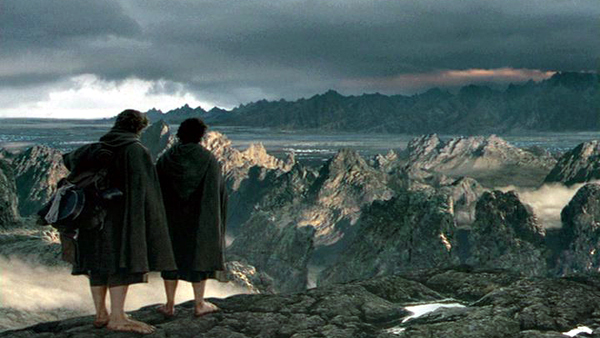 One thought on “What About Second Breakfast? A Fifteen-Year Retrospective on ‘The Fellowship of the Ring’”