So much stuff happened in this week’s Justified.

Fortunately for the poor starved viewer, most of these stories overlapped considerably, which means Raylan and Boyd had scenes together and I can quit my bitchin’. Unfortunately for me, the poor writer who failed to take notes on Tuesday, it just complicates my job. 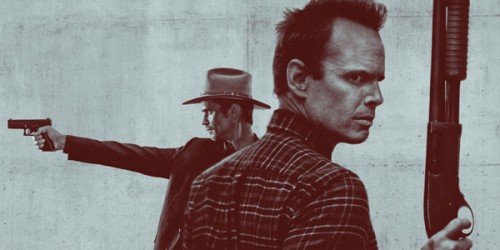 FX
Together again at last!

Right, so, last week we discovered that Johnny Crowder is responsible for stealing Boyd’s $300,000 shipment of heroin, and that Dewey Crowe’s trusted whorehouse-manager Wade Messer (James Le Gros) had been skimming funds for Boyd. Not only will that soon lead to violent altercations between the Crowders and the Crowes, but it also means that poor Dewey has to assert himself and kill Messer.

This does not go well. The episode opens with Dewey failing, wounding Messer, who then escapes into the woods. Dewey pursues him, but falls down a cliff, injuring himself, and becoming hopelessly lost. He then spends the better part of the day wandering aimlessly throughout the forest, eventually stumbling upon a nearly-dead Messer only moments before being discovered by some friendly hunters. Figuring that Messer is about to kick the bucket, and knowing that these convenient passersby have not noticed him, Dewey hitches a ride back to town to collect the cavalry, his cousin Dilly, the man who put Dewey up to the crime in the first place. 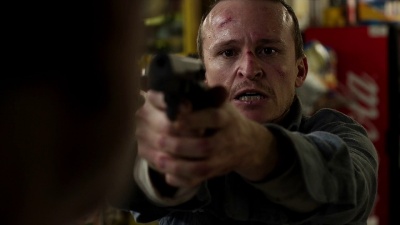 FX
Pictured: A man capable of committing a murder.

Meanwhile, Art and Vasquez dispatch Raylan and Tim to track down Messer. Normally they don’t care too much when someone like that disappears, but TWIST Messer was an informant, and when an informant goes missing, it’s usually bad news for everyone. This Messer guy was just lying to everyone. Raylan and Tim end up all over the place, exchanging unpleasant words with the Crowes, including the very young Kendal Crowe (Jacob Lofland, who played Neckbone in Mud!). They also pay Boyd Crowder a visit, and he, concerned over the loss of his employee, gives them the number to a burner phone of Messer’s. Raylan tracks the GPS signal in the phone and locates a dead Messer, just as Dilly and Dewey show up to dispose of the body. Oops! Trouble for Dewey. Dilly, rather disgruntled over his cousin’s incompetence, informally takes over operations, but decides to keep Dewey around… for now.

That night, Raylan tries to unwind with his new social worker lady friend (Amy Smart), who’s had a rough day, telling Raylan all about this kid she removed from an excessively-abusive father. The father, though, angrily attacked her for breaking up his family, even though he treated his child worse than one would treat an animal. Rather than taking this as a sad story, Raylan internalizes it as a way he might supremely piss off the Crowes, who were rude to him and who he thinks are probably responsible for Messer’s death. The next day, he moseys on over there with authorization to remove young Kendal from this house of debauchery and shame. 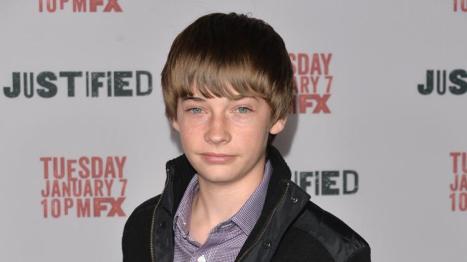 FX
And he looked like he was so thrilled to be there.

Boyd and Ava, meanwhile, have a civilized get-together with Johnny at Ava’s prison, where Boyd offers to forgive and forget, accepting Johnny back into the crime family as an equal partner. Johnny refuses and leaves. Boyd, without so much as saying a word to his sad imprisoned fiancé, exits to tail Johnny. After his interruption from the Marshals, he tracks Johnny to a shady locale, where the latter engages in an illegal business act with none other than Hotrod Dunham, Tennessee drug lord. You may recall that just a couple weeks ago, Raylan told Hotrod to stay out of Kentucky for good or else. This plot is thickening like crazy.

In prison, Ava is put in a rough position when one of her guards nearly attempts to rape her, before being interrupted by another guard, who later beats the crap out of the first guard. I’m not sure where that plot’s going to go, but I’d bet nowhere good. Prison rape plots seldom go anywhere good.

Mooney and Mara offer Lee Paxton a decaying, severed hand, convincing him that they did his bidding and killed Boyd. Despite this, Paxton still intends to prosecute Ava. 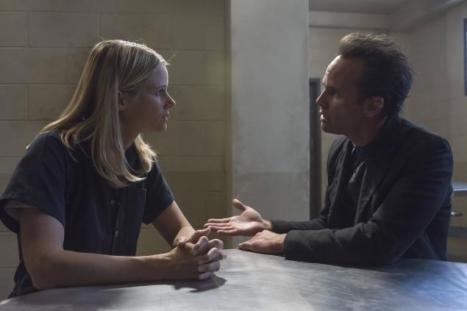 Art receives an uneasy tip from the Marshal head office and heads up to Detroit, where a Canadian goon reveals that the late Sammy Tonin had a Kentucky Lawman in his pocket on the night Nicky Augustine was killed. Art suspects Raylan of corruption. The goon tells Art that Tonin’s old right-hand-man/killer Picker would provide complete information on the events, and that Art could likely locate said dude down in Kentucky with Wynn Duffy.

P.S. Alan Tudyk is guest starring on next week’s episode!