Let me start off by saying that the title of this post is incredibly misleading. It is, one might even say, a lie. “Christmas Special” suggests that you’ll see familiar characters—i.e. the writers on this blog—celebrating the holidays or Learning an Important Lesson. This isn’t that. You could also be forgiven for thinking that the title implies I’ll be writing about a wide variety of television Christmas specials. While not an outright lie, that is stretching the truth a bit. I’ll be writing about one. If you find the truth to be underwhelming, well, then you can just bugger off. Merrily, of course.

The Plot: The Megaforce Power Rangers, a bunch of Californian teenagers, have this robot friend. His name is Robo Knight. Robo Knight does not understand Christmas, because he is a robot who awoke from a thousand year slumber, like, a year ago. He asks the nerdy Blue Ranger what’s up with all the trees and lights and shit. Being a genius, Blue Ranger tells his robot friend to go stand in the mall for 24 hours, pretending to be a toy. Robo Knight, being an idiot, follows this advice. But, uh-oh, he gets mistaken for a real toy and donated to Africa by rich white people! There he meets a bunch of Happy African Children living in a Happy African Village. They teach him how to make soup. He tells them about the Power Rangers. Somewhere along the way, this li’l robot learns the True Meaning of Christmas.

Spoiler: The Christmas Spirit wasn’t in the hat. It was in his motherboard all along.

I haven’t watched any Power Rangers since the original series. For a long time, I cast many a dispersion (Edit: the word is actually “aspersion,” but I’m an idiot) on “the lesser” iterations of the show. By “lesser,” I mean “the ones I didn’t grow up with.” I was, after all, a 90s kid.

There’s a tendency, among people of a certain age, to idolize the things we loved as children. After all, life only gets harder as we grow older. Revisiting the shows and movies that populated one’s childhood is a way to briefly recapture the innocence and contentment that come from having pretty much no responsibility. Or, it can be a reminder that kids are stupid. Because they are.

Now, I love me some Might Morphin’ Power Rangers. Not quite with the wide-eyed enthusiasm I had when I was five, admittedly, but I take a certain amount of joy from watching the totally batshit, always endearing adventures of Jason, Billy, Trina, Kimberly, Zach, and Tommy. Jason’s the best, because red is my favorite color. It’s no Batman: The Animated Series or Space Jam, but it’s waaaaay more fun than BTAS when you’re drunk.

Okay, so I haven’t talked about this Christmas Special since the plot synopsis. In case you were wondering, it’s because I’m ludicrously unprofessional. I’m not even sure why I watched it. Actually, yes I am. It’s because it’s on Netflix Instant and Sarah told me to. The point is, I was wrong to be hatin’ on newer Power Rangers. Why? Because it’s basically the same. Sure, I don’t have that old emotional connection, and sure, no one will ever replace Jason as Best Red Ranger Ever, but from what I can see, the series has been remarkably consistent in offering goofy, wholesome family entertainment that is just chock-full of martial arts violence. Also, why would I have an emotional connection to newer Power Rangers? I’m 23. Jesus.

This is all I connect to now. Let’s await death’s cold, furry embrace together, Liam Neeson.

To be quite honest, there isn’t a lot to talk about with Power Rangers: Megaforce: Robo Knight Before Christmas. I suppose I could analyze the pun in the title, but, uh, you all get it, right? Like, I don’t have to explain that to anyone? Good. That would have been embarrassing for everyone. Lower your hand, Steve. I made Steve up just now.

Most of PR: MF: RKBC is basically just a clip-show. Robo Knight is asked to explain the meaning of Christmas to a group of Happy African Children. Since he has no idea what that is, he rambles on about the Power Rangers and how they’re cool because they save the world but they’re also cool because they’re normal teenagers. 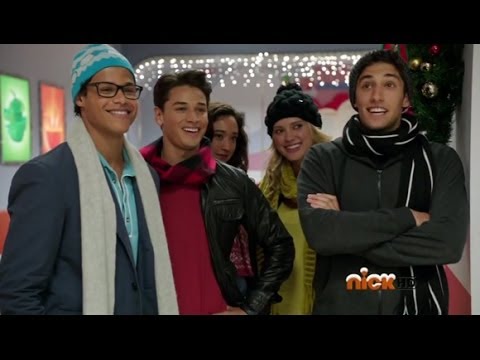 Thanks for blowing our cover, asshole.

From what I can tell, there are several lessons we’re meant to take away from all this:

Some questionable racial politics aside—which I’m not going to get into, because it’s Christmas—Robo Knight Before Christmas is pretty decent. It’s goofy, it’s sappy, and there’s enough action to make those first two things bearable. Also, the clip-show/Old Man Robot’s Flashback Story Time does a surprisingly good job of outlining his relationship with the Power Rangers. I feel incredibly lame saying this, but it looks like Robo Knight has a character arc on this show, and it’s sweet how he uses it to teach himself and some Happy African Children about the true meaning of Christmas. If that wasn’t enough, the clip-show features a scene of Robo Knight rapping to the Power Rangers about how a black kid at the library taught him the wonders of music and I guess human empathy? It’s pretty great.

In conclusion, this is a show for kids. It seemed like something a kid would enjoy. I didn’t hate it. So grab some eggnog, curl up under a blanket, and watch White Christmas or something. I mean, this was okay, but geeze. You’re a grown up. Watch some grown up stuff, or something from your childhood. Put some rum in that eggnog, while you’re at it.

One thought on “A Very Rooster Illusion Christmas Special”