Writing these reviews is great fun. I get to pretend that I’m part of a system, that same system that creates movies. Why wouldn’t I want to be part of that? Movies are just the current most popular installment in the timeless tradition of storytelling. Even since prehistoric times, humanity has been aware of and embraced the necessity of fiction for the illumination and understanding of fact. Through the heroes of legends, myths, fairy tales, ballads, and others, our own worlds become clearer. Things only get hazy when the line between fact and fiction is broken, when a fact evolves into a fiction… like in Batman Begins.

The Plot: A couple of guys are making a documentary about the life of filmmaker/wiseman Werner Herzog, entitled Herzog in Wonderland. While filming their documentary, they accompany Herzog, producer Zak Penn, and a wacky crew on the production of their separate documentary, Enigma of Loch Ness, an investigation into the Loch Ness Monster. The two film crews end up at the (in)famous Scottish loch when some weird stuff starts happening. Stakes are raised, trusts are betrayed, and the line between reality and fantasy is yet again blurred.

Already this is an interesting setup. I should clarify now that Incident at Loch Ness is a mockumentary… like This Is Spinal Tap. So essentially, this is a fake movie about a fake movie about a fake movie. Herzog and Penn create a nice inherent commentary through the basic nature of the film. Enigma of Loch Ness is all about the creation of a myth, and the necessity of fantasy in the real world. Herzog is quick to state that he’s not interested in the monster itself; he’s interested in its legacy and the people who perpetuate it. Incident at Loch Ness adapts this idea to forge a metafictional commentary on the film industry, and particularly Herzog’s past oeuvre. 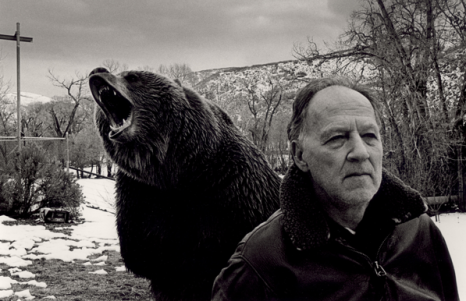 Having said that, I got the impression that I wouldn’t have found Incident at Loch Ness so engaging if I had not already been so familiar with Herzog’s work. Throughout the film they make very deliberate, calculated references to Fitzcarraldo, Aguirre the Wrath of God, Burden of Dreams, and My Best Fiend. They don’t only reference the movies, but also the real-world productions of those movies. Penn, who penned the screenplay, manages to create an intriguing, subtle, and totally appropriate connection between Werner Herzog and the Loch Ness Monster. Herzog is a notoriously crazy and ambitious filmmaker. He’s established a bonkers reputation including dragging a massive boat over a mountain, eating his shoe onstage, getting shot during an interview and continuing anyway, and rescuing Joaquin Phoenix from a wrecked car. His reputation also includes a lot of untrue stories, like directing actor Klaus Kinski at gunpoint and taking out a hit on the guy. In many ways, though, the untrue stories are just as important to the idea of Herzog as a character as the true ones. Probably as far as Herzog is concerned, neither he nor Nessie may exist, but their legends precede them and become dominantly definitive, and as long as the stories prevail, physical existence doesn’t really matter. Also, someday mutated albino crocodiles will become the super-intelligent masters of the earth.

So that got weird and existential, like so many of… like everything Herzog’s ever been involved with. Everything I threw at you in the last couple paragraphs is subtext in the film. On the surface, this is a straight-up mockumentary and a brilliant comedy. Despite the existentialism, Herzog is really just poking fun at himself and at his legacy. You can’t be that crazy and not have a good sense of humor… I’d hope. It is a very funny film, but only if you get the jokes. It’s played straight and only really humorous if you’ve seen some of Herzog’s other films and have a concept of him as a filmmaker. If you haven’t seen Fitzcarraldo, Aguirre, Burden of Dreams, My Best Fiend, Cave of Forgotten Dreams, Into the Abyss, Nosferatu the Vampire, Grizzly Man, Rescue Dawn, or My Son, My Son, What Have Ye Done? or any of his other movies, then you would probably just find Incident at Loch Ness a little weird. 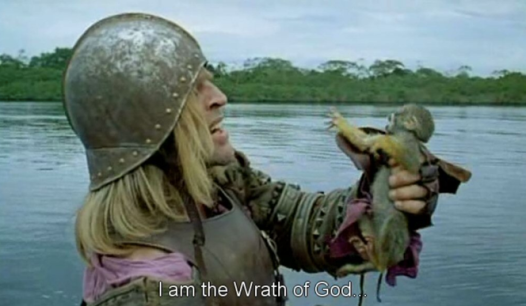 Werner Herzog Filmproduktion
No weirder than anything else he’s done, though.

Still, though, not all of the comedy depends upon that previous knowledge. The absurdity of the situations and characters is enough to get a few laughs. There’s this whole subplot wherein Penn, who’s used to making blockbusters, tries to spice things up behind Herzog’s back, planting a fake Nessie, somehow shoehorning a bikini into the movie, and hiring an insane, bearded crypto-zoologist to provide “facts” about Nessie. To get these jokes, you don’t need to know anything about Herzog, but you do need to know something about Hollywood. Ultimately, Incident at Loch Ness is a fascinating and bold satire on the film industry, Herzog, and big budgets. It’s not for everyone, but is so wonderfully successful nonetheless.

One thought on “Second Breakfast’s Metafictional Adventure in Herzogian Wonderland”