As I’ve mentioned in the past, I am currently studying abroad in London. Now, one of the many nice things about spending a semester anywhere in Europe is that the rest of Europe is both very close by and relatively cheap. I’m just wrapping up my spring break, which I spent travelling. I started off the week by going to Athens. It came time for me to write this review and I thought, “Hey, maybe I should review movies that take place in Greece.” What have we here? Clash of the Titans… Troy… 300… Mamma Mia!… Wrath of the Titans… Ok, where else did I go? Scotland? Cool.

Great Movies that Take Place in Scotland, other than Braveheart and Trainspotting.

But first, a note about Braveheart and Trainspotting. Scottish people love Braveheart, because it’s an Oscar-winning movie that makes Scotland look good. It’s also about as historically inaccurate as you can get without being 300, so we’re gonna let it drift on by for the time being. Trainspotting is a wonderful film, but it doesn’t make Scotland look particularly good. I mean, it did manage to make Ewan McGregor look unsexy. Think about that. Ewan McGregor. This man: 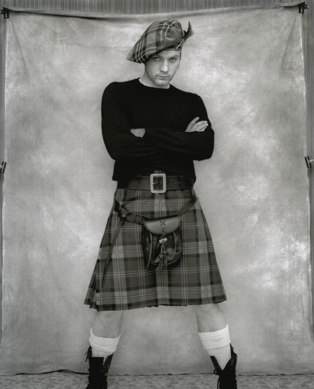 ShineOn Media
This is, hands down, one of my new favorite images.

The Plot: Merida (Kelly MacDonald) is the fiery, headstrong daughter of the clan chief (Billy Connelly). She likes riding horses, shooting arrows, and climbing stuff, and she hates doing girly things. This becomes an issue when her mother (Emma Thompson) decides it’s high time Merida got married. Not totally thrilled with this prospect, Merida ventures into the wild to seek out a witch (Julie Walters) so she can rectify her situation, but at what cost?

Disney/Pixar
Girly stuff.
Ed. Note: That you can totally buy on Amazon.

Ah, the rhetorical questions. I actually briefly spoke on Brave in my Top 10 of 2012 article. To reiterate, Brave is a really solid, charming, exciting film from the best in animation, Pixar. Merida’s quest takes some really unexpected turns, and while the film doesn’t quite match such past Pixar triumphs as Up, Toy Story, Monsters Inc., and The Incredibles, it still presents an inventive script and incredible animation. I love Pixar most for their exceptional screenplays, which often overpower the animation. In the rare case of Brave, however, the art takes center stage. It’s not Pixar’s best film by a long shot, but it is their prettiest. Why? Because Scotland. The chief artists spent a lot of time touring the Scottish highlands and drawing what they saw. I had the good fortune of visiting many of the locations used in the movie, including the famous Eilean Donan castle. If you want to make a pretty movie, film it in a pretty place. I’ve recently decided that nowhere on earth is prettier than Scotland.

Photo by DAVID ILIFF. License: CC-BY-SA 3.0
I want to go to there. Oh wait, I already went.

And now for a paragraph about the music! Scotland, like so many other countries, is defined by its musical traditions. Bagpipes are just the tip of the iceberg when it comes to Scottish music. Brave’s brilliant score, provided by Patrick Doyle, complimented by original songs from Julie Fowlis and Mumford & Sons, only enhances its picturesque ambiance and contributes to everything that makes the movie so appealing. Actually, I’m really unsure as to why I don’t own this soundtrack.

The Plot: A single mother (Emily Mortimer) shields her young, deaf son, Frankie, from a heartbreaking truth by writing him letters as his father, who, according to a lie, is a professional sailor on a ship that travels all around the world. Everything gets complicated when the ship by the same name comes into harbor and Frankie expects to meet his father for the first time. To maintain the façade, Frankie’s mother hires one of the sailors (Gerard Butler) to pose as Frankie’s father for the week.

Miramax
You can buy this bittersweet moment on Amazon!

So, this movie is just about as sad as it sounds. It’s not ostentatious, though. It’s more a Scottish type of sad. Melancholic is a good word I guess. The thing I’ve come to understand about Scotland is that when things are sad, people recognize that they’re sad, and simply accept that sadness and integrate it as a part of their daily lives, which is exactly what the characters in this movie do. In that respect, Dear Frankie, a story that could theoretically be set anywhere in the world, is quintessentially Scottish. The sadness is flawlessly worked into the story and maintained by the actors. That’s the other thing I love about Dear Frankie: the performances are all flawless. Emily Mortimer, who’s pretty consistently good, gives the best performance of her career here, as she is clearly heavily invested in the character. You know who else is great? Gerard Butler. Yeah, here he is pre-300. That movie seemed to sap all of his talent as an actor, unfortunately, but in Dear Frankie, Butler demonstrates his versatility to great effect. He’s not just a handsome face with a sexy accent, although he is also that, too. 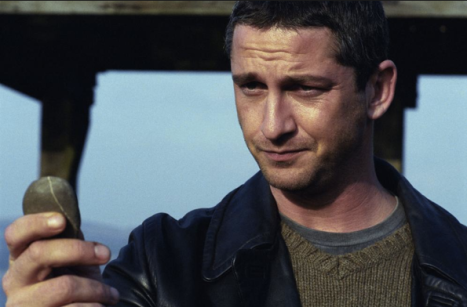 Miramax
Man, is he ever.

Much like Brave, Dear Frankie also has an excellent soundtrack, though slightly less noticeably Scottish. Alex Heffes’ original score, mostly comprised of piano and acoustic guitar with some light strings, catches the underlying melancholy hidden in the everyday. Listen to the clip below. It sounds really happy and perky, doesn’t it? And yet, there is undeniably something sad underneath. I can’t quite put my finger on it… anyway, the rest of the soundtrack is much sadder than those opening titles.

The Plot: An American oil company (embodied by Burt Lancaster) dispatches a man, Mac (Peter Riegert), to buy up an entire village in Scotland so that they can establish a refinery on the rich land. Though many of the villagers are enticed by the wanton slews of cash, some feel a deep tie to the land, and strive to make Mac understand that. 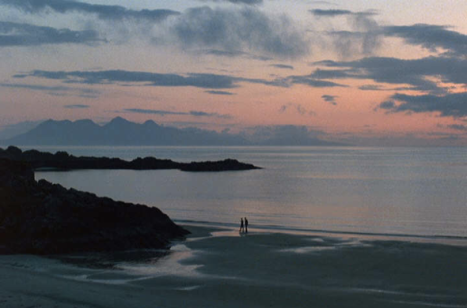 20th Century Fox
This is not the Scotland from Trainspotting.
Ed. Note: This is probably the most affordable way to get this movie.

Man, oil companies are EVIL, am I right? I mean, think of a movie that features an oil company and doesn’t completely demonize it. It’s hard, isn’t it? That’s because you haven’t seen Local Hero. Mac is not the antagonist in this film; he’s just a dude trying to do his job. He’s a good businessman and a loyal employee, but he leads life with a very confused and meandering demeanor, much like many of the characters he encounters. Mac instantly becomes friends with several of the villagers, and clearly has a greater connection to them than to his American company. Uh oh, does this smell a little like Avatar? Eventually, Mac decides to become Scottish and he leads the poor, downtrodden villagers in a bloody revolt against tyranny. Yeah, it’s pretty clear that I hate Avatar. In all actuality, though, Local Hero is a charming, gentle, humorous, and powerful film. It’s a comedy on the surface, but presents some really moving themes about personal identity and the importance of place to the definition of that identity. That’s what makes the movie so very Scottish, too. The Scottish national identity is intrinsically linked to Scotland. You can take a Scot and move him anywhere in the world, but home will always be Scotland.

And now a word about music, because that seems to be the pattern here. Local Hero has a great soundtrack, written by the masterful and brilliant Mark Knopfler. Chiefly a rock musician (lead guitarist/singer of Dire Straits, and a successful solo career), Knopfler does not often venture into the world of film scoring, but when he does it is superb. You probably haven’t seen Local Hero, but you probably have seen The Princess Bride, and you possibly appreciated its soundtrack. Check out the video below for an excerpt from Local Hero.

Okay, well, that about wraps that up. Hit me up if you managed to think of a really good movie set in Greece, because I just found myself incapable. In the mean time, though, check out Brave, Dear Frankie, and Local Hero, and bask in the unadulterated excellence of Scotland.

5 thoughts on “Great Movies that Take Place in Scotland, and that Aren’t Braveheart or Trainspotting”