IMDb reckons about 9400 movies came out in 2014. By my count, under 100 of them might be worth seeing. The fact of the matter remains that people make bad movies. People make a lot of bad movies. In fact, most of what you run into out there in the great wide world of cinema is probably going to be pretty bad. All you can really do is hold your breath, take the plunge, and hope for the best. That said, point me towards a Willem Dafoe movie that isn’t worth watching at least on some level. 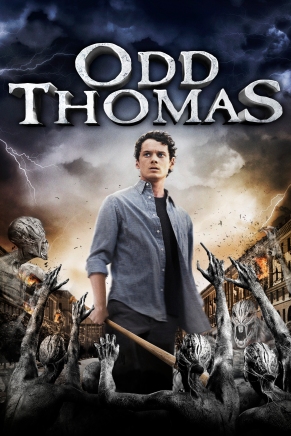 The Plot: Odd Thomas (Anton Yelchin) sees dead people. He can’t hear them, but he sees them and uses this ability to solve murders and lay revenants to rest. He also sees horrible spectral monsters named Bodaks that feed on death and do not take too kindly to being noticed. It’s tough to ignore them when their numbers reach apocalyptic heights in his small town, foreboding some disaster of cataclysmic proportions. Teaming up with his girlfriend Stormy (Addison Timlin) and the Chief of Police (Willem Dafoe), both of whom are well aware of Odd’s gift and appreciate what he does with it, Odd Thomas must avert the crisis before it happens, and put a stop to the would-be culprits.

Does that sound like a movie you should bother watching when it pops up on Netflix? What if I told you it was written and directed by Stephen Sommers, the man who brought us The Mummy movies (among other things) and that you can expect a similar level of doofy fun? Still not enough? What if I told you that the plot to this movie is merely an excuse for character development, and that the people and their relationships with each other are beautifully well-defined in unexpectedly moving ways? Odd Thomas boasts a good deal of fun adventure, some delicate horror elements, a great sense of humor, and quippy dialogue, but where it truly excels, and truly outdoes other films of this ilk, is in its characters.

Odd and Stormy, despite their names, are pretty normal twenty-somethings, but their relationship is something to envy and they’ve been together since childhood. If you looked up “healthy relationship” in some kind of online dictionary that deals in phrases, you would find the definition, and only the definition, but if you were particularly intuitive, you might notice how closely that definition describes what we see in Odd Thomas. God, that sentence sucked. We waste no time on drama, we skip the clichéd “I can see dead people” conversation that we all have before college, and we cut right to the chase: these two people are in love with each other and that makes them happy. Hallelujah. That might seem like an easy, uncreative approach, but when was the last time you saw it done? Writing happy people without making them boring is incredibly difficult to do, because we need a certain amount of conflict in our stories. It has to be a “show don’t tell” kinda thing, so the whole relationship comes across in the way they speak to each other and the way the act; not so much in the words they say, but in how they say them. Yelchin and Timlin do a superb job bringing this surprisingly well-realized couple to the screen.

Fusion Films
This is a normal, healthy young couple.

The other great relationship in the film is between Odd and the Chief. In a similar stroke of genius, Sommers recognizes that it would be impossible for someone who uses a supernatural power to solve crime to keep that power from the authorities. He convinced the Chief of it long ago, and they’ve become close friends. Unsurprisingly, Willem Dafoe handles this role without any trouble.

I can’t really wrap my head around why this movie received mostly negative reviews, unless people watched it for what it should have been (a pretty stupid movie) and just failed to notice what it was (a pretty excellent movie). True, you might not expect substance from the man who created Van Helsing and The Scorpion King, but lo and behold: here it is. Substance. True, the plot is mostly pretty standard for this kind of narrative, but it’s also completely unimportant. Just as in real life, what happens isn’t as important as to whom it happens. Since many of my recent reviews (The Imitation Game, Exodus: Gods and Kings, The Theory of Everything, Inherent Vice, The Damn Battle of The Five Freakin’ Armies) have complained about a severe lack of actual character development, and way to much energy spent on plot, it’s refreshing to find it in the least anticipated place. Call me crazy, but I should be able to sit down to Best Picture- Best Screenplay-nominated film and see real human beings up on the screen. I shouldn’t have to find that in a low-budget, nearly-straight-to-DVD, B adventure movie on Netflix. In a perfect world, I would have to pay money to see Odd Thomas on the big screen, and could have saved Sad Scientist and Sad Scientist 2 to wallow in my Netflix cue until they were eventually taken down. A movie isn’t great because someone tells you it is. It has to earn that. Odd Thomas earned it. 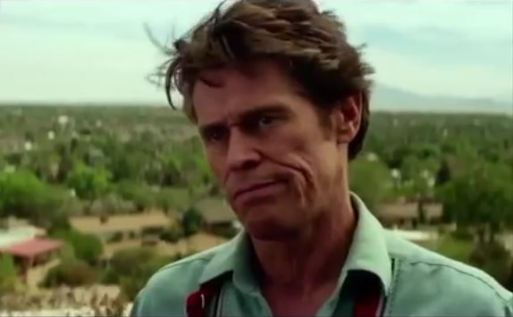 Fusion Films
Although Odd Thomas did have one massive advantage over those other films.

One thought on “Second Breakfast: The Surprisingly Likable and Deep ‘Odd Thomas’”