Over the month of March, we’re allowing our readers, such as they are, to vote in a championship-style bracket to determine the best film of 2015.

Well, Round 2 is over, and although they could defeat an endless army of killer robots, the Avengers couldn’t hold back a single boxer and his grizzled mentor. Next, we’re jumping down the board to see how Tarantino’s latest holds up against Ridley Scott’s latest. It’s The Hateful Eight vs. The Martian. Need a recap on either film? Follow the links to read our reviews, but don’t forget to come back and vote after. 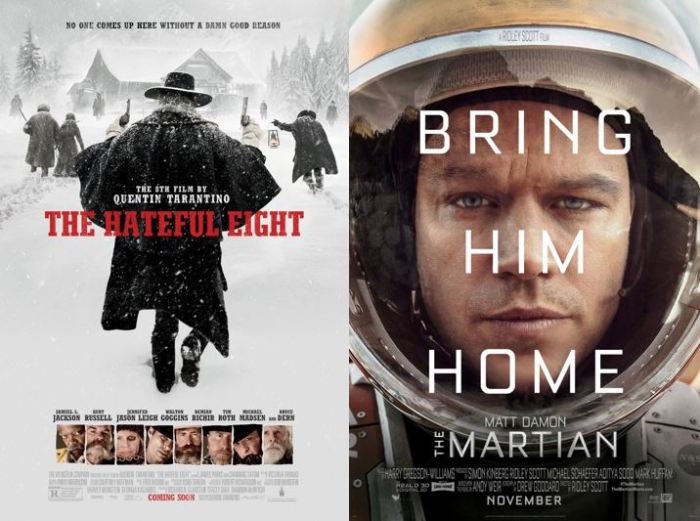