Shakespeare! Always fun. Unsurprisingly, more of his plays have been adapted into film than the works of any other writers. Hundreds of movies site Shakespeare for the story. IMDb gives him 955 writing credits and counting. So…why do people keep going back to Shakespeare? It’s all been done before. Someone even thought to make a movie out of Timon of Athens. If you’re adapting one of the big ones, like Macbeth, Hamlet, Twelfth Night, or A Midsummer Night’s Dream, everyone has already seen it done a few times. I guess, basically, what I’m saying here is that adapting Shakespeare isn’t original, or clever, or unexpected, or even necessarily smart, but sometimes it does work. 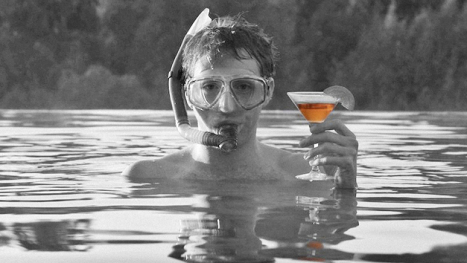 This is one of the Bard’s classic and most beloved comedies and yes, it has been done before. I should mention upfront that this one was written for the screen, scored, and directed by Joss Whedon, the man who brought you Buffy the Vampire Slayer, Angel, Firefly, Dr. Horrible’s Sing-Along Blog, Dollhouse, The Cabin in the Woods, Serenity, The Avengers, and who got nominated for an Oscar in 1996 for writing Toy Story. So, that repertoire should tell you that this dude’s creative and talented and could probably responsibly handle Much Ado About Nothing. Lo! and behold, he hath verily done so. 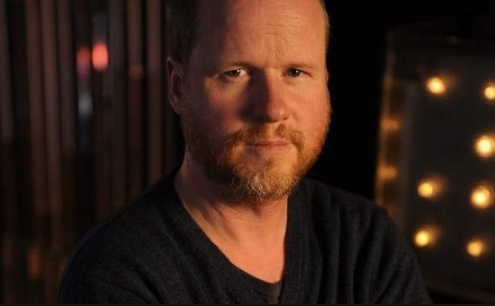 Lionsgate
Yeah, he knows how good he is. Just like Shakespeare did.

I’ve been a fan of both Shakespeare and Joss Whedon for quite a few years. I don’t love all of what either did, but was pretty solidly in favor of their meeting. Whedon has a very particular style and sense of humor. It’s in everything he does. If you’re not willing to watch a full forty-four minute episode of something, just look at the post-credit scene from The Avengers, and you’ll get everything you need to know. Obviously, this dry wit would not agree with all of Shakespeare’s plays. I’m not sure how interested I would be in Joss Whedon’s Richard III, but he is almost too perfectly suited for Much Ado About Nothing.

Part of this comes from the smashing all-star cast, most of whom are Whedon regulars. All of them do a superb job performing Shakespeare. Generally, the mark of great Shakespearean actor is in his or her ability to make the dialogue sound like natural speech. Everyone, but particularly leads Alexis Denisof and Amy Acker, do this. There’s never a jolty point or an awkward delivery, except once, placed flawlessly for comedic effect and brought to you by Britanick. Of course, though, if you’re familiar with the Whedon-verse, you will simply rejoice in seeing this wonderful cast do Shakespeare. If you watched Angel, you’ll love and partly die a little inside to watch Denisof and Acker reunite. If you watched Firefly, it’s great to see Sean Maher as a villain, and Nathan Fillion absolutely steals the show in a minor supporting role. If you liked Dollhouse or The Cabin in the Woods, then look forward to seeing the wonderful Fran Kranz. If all you saw was The Avengers, Clark Gregg is also fabulous. If Much Ado About Nothing is your first exposure to these actors, you’ll probably want to check out that other stuff. 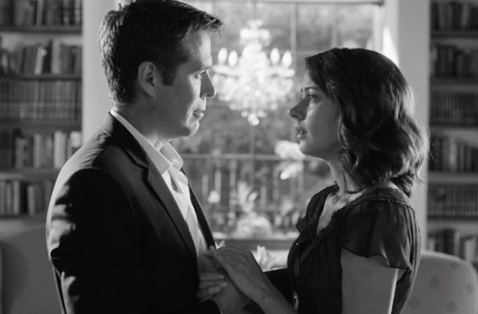 Lionsgate
You do die just a tiny bit.

Another place Whedon’s presence is clearly noted is in the film’s soundtrack, which he composed. Together with his brother Jed (who wrote many of the songs from Dr. Horrible), he put music to the various songs that Shakespeare included in the play. Oh yeah, I should mention that Shakespeare loved songs almost as much as Tolkien did, especially in the comedies. There are several in Much Ado, but here’s a great example of how the Whedon bros adapted them:

All in all, this is a very Joss Whedon movie. Even the production fits his style. He just invited a bunch of his friends over to his house and over the course of only twelve days he shot the entire movie. He had, quite literally, no established budget. He did it for fun as a break from shooting The Avengers. Incidentally, his house is really, really nice and made for a great set. You can tell that he filmed it at such a familiar location based on how well he uses the space for comedic effect. The staging is beautiful and there are a lot of jokes that aren’t necessarily inherent to the script, which is, once again, the mark of a great production of Shakespeare.

Oh, did I just come to a conclusion? I totally did: Much Ado About Nothing was not only an excellent movie, but also an excellent adaptation of the play. Whedon put his mark and his spin on things, but without sacrificing or manipulating the material. This is a witty, resourceful, joyous, and very true adaptation of one of the Bard’s great comedies. 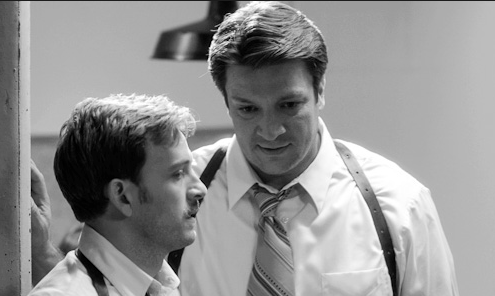 Lionsgate
Haven’t the foggiest idea why it was in black and white, though.

4 thoughts on “Second Breakfast: Brush Up Your Shakespeare 2: Much Ado”