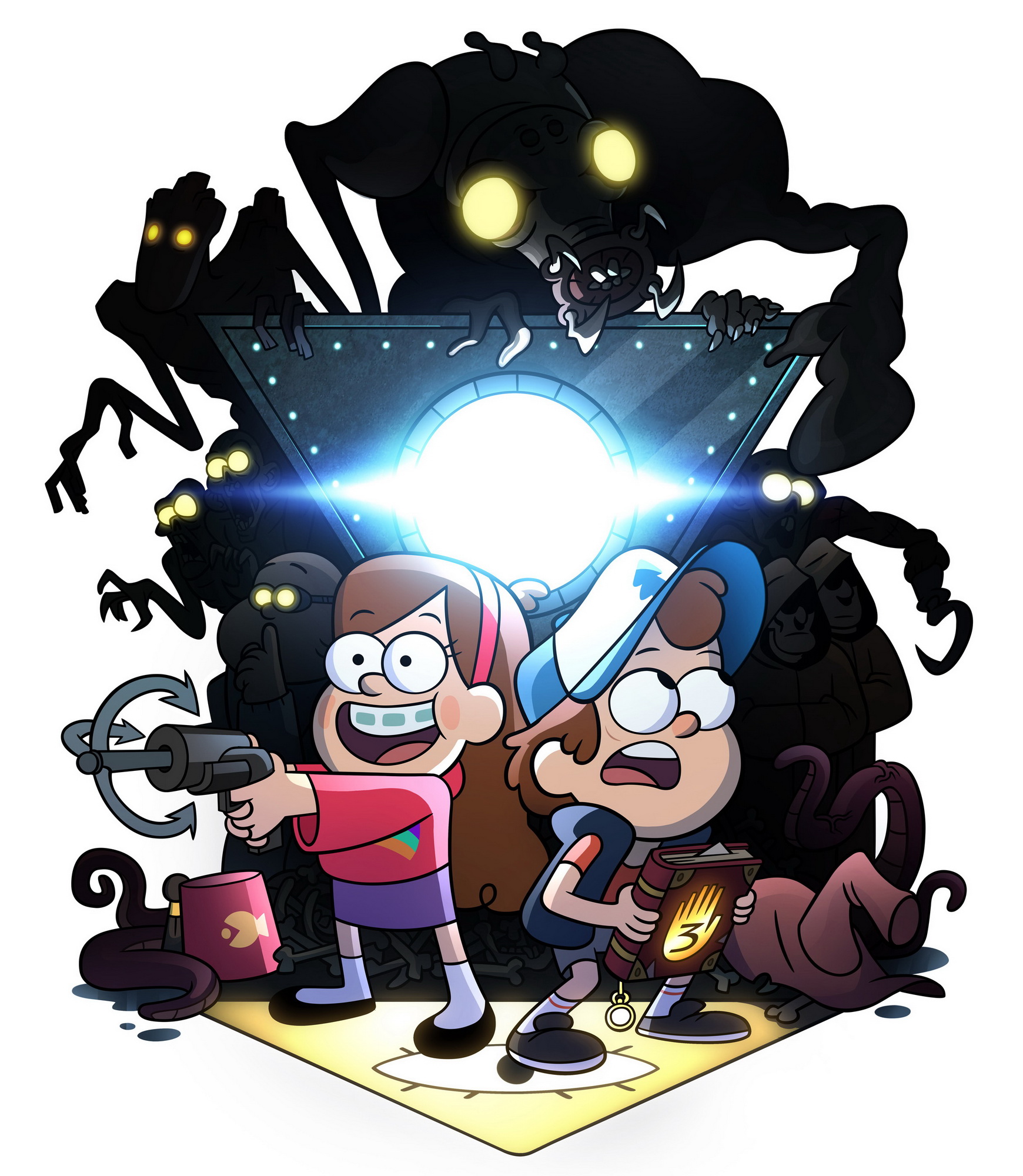 Gravity Falls is about twin 12-year olds, Dipper and Mabel, sent to stay with their Great Uncle “Grunkle” Stan who runs a tourist trap, known as the “Mystery Shack”, in Gravity Falls, Oregon. It’s only a short time before they realize that not all is what it seems to be in Gravity Falls, especially after Dipper finds a strange journal in the woods written by an unknown author, chronicling the weird supernatural activity and beings living within the town’s borders. What follows is a bunch of wacky adventures involving crazy creatures, odd technology, and unexplainable events.

Gravity Falls is a clever show that engages its audience with clues, riddles, and cryptograms. It is filled with shout-outs to the audience through various Easter eggs, and has occasional dialogue that prods at the fourth wall. In an episode with a character describing a show they like, they are in effect describing Gravity Falls itself – a show with “a big mystery element and a lot of humor that goes over kids heads.” This show is perfect for the supernatural lovers and conspiracy theorists, as it references many different monster and ghost stories, while putting its own oddball spin on them. I do warn that this is one of those shows you can’t look up except to watch it or everything will be spoiled for you. But there are several hints and clues to the plot along the way. In fact, you witnessed a few clues while just watching the above 40 second opening sequence. All’s you have to do is play the last part backwards, and also pause at very specific points. I mean, it gets seriously detailed with its clues to the viewer. Just check out this screenshot that flashes less than a second before the end of the theme song:

Disney Television Animation
Notes in red applied after the fact by an unknown mystery solver.

As you can see, we have a pyramid shaped cartoon with an eye on it, which is a common Illuminati symbol. After all, what show about secrets and mysteries, wouldn’t have some Illuminati imagery in it? In fact, this show is so packed with such symbols that there are even conspiracy theories surrounding the show itself. I feel like that could be considered an accomplishment for this type of show. On the unfortunate side of things, it has gotten a lot of flack from some religious people because of its seemingly “demonic messages” it is sending to children. Gravity Falls has also upset some parents due to it being deemed inappropriate for a younger age group. Though I think these accusations are outright ridiculous, I do have to say that this show is surprisingly dark for a Disney channel show. It is definitely not afraid to push the age limit for an older audience and has light violence and sometimes disturbing imagery. It does give some slight commentary on this subject though, when cool teen character, Wendy (Linda Cardellini), calmly says at one point over a cut knee, “It’s just blood, man.”

Though episodic, the first season does a good job of letting us get to know the characters, and despite its weirdness it hits us with rather realistic problems. As the second season focuses more on the overarching plot and gets more complicated and involved, it deepens the relationships between the characters. Even the boy-likes-girl-who-is-too-old-for-him trope between Dipper and Wendy is handled well. The flaws of our characters makes them very endearing. Grunkle Stan, who is a curmudgeonly old shyster, becomes surprisingly deep and well-rounded, and in my opinion, one of the best written characters in the series. The sibling relationship between Dipper and Mabel is also rather unique. Yes, there’s the classic sibling rivalry and they do argue, but we are always reminded that in the end, they really do get along well and will do anything for each other. I like this take on siblings because it’s not just a constant flood of petty sibling argument clichés, it’s a journey of two siblings who are going through similar troubles and experiences, and how they must often lean on each other to overcome them. Even the villains and side characters are really entertaining to watch. Their voice actors are also great and include comedian Kristen Schaal as Mabel, Jason Ritter as Dipper, and the series creator, Alex Hirsch, as practically everyone else. To quote Alex Hirsh himself, “Ultimately Gravity Falls isn’t just about codes and Easter eggs, it’s about characters.” 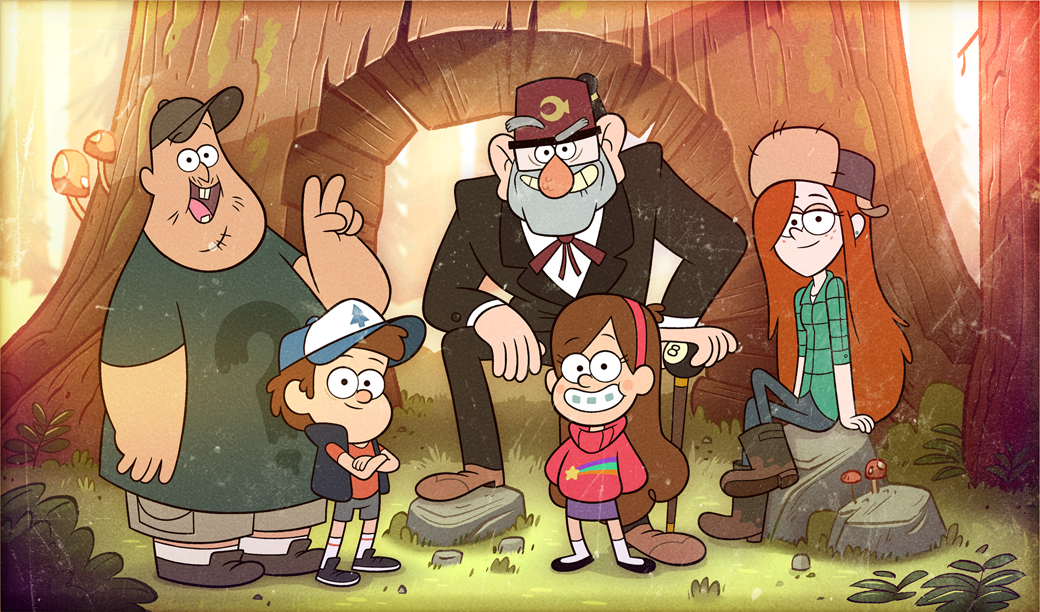 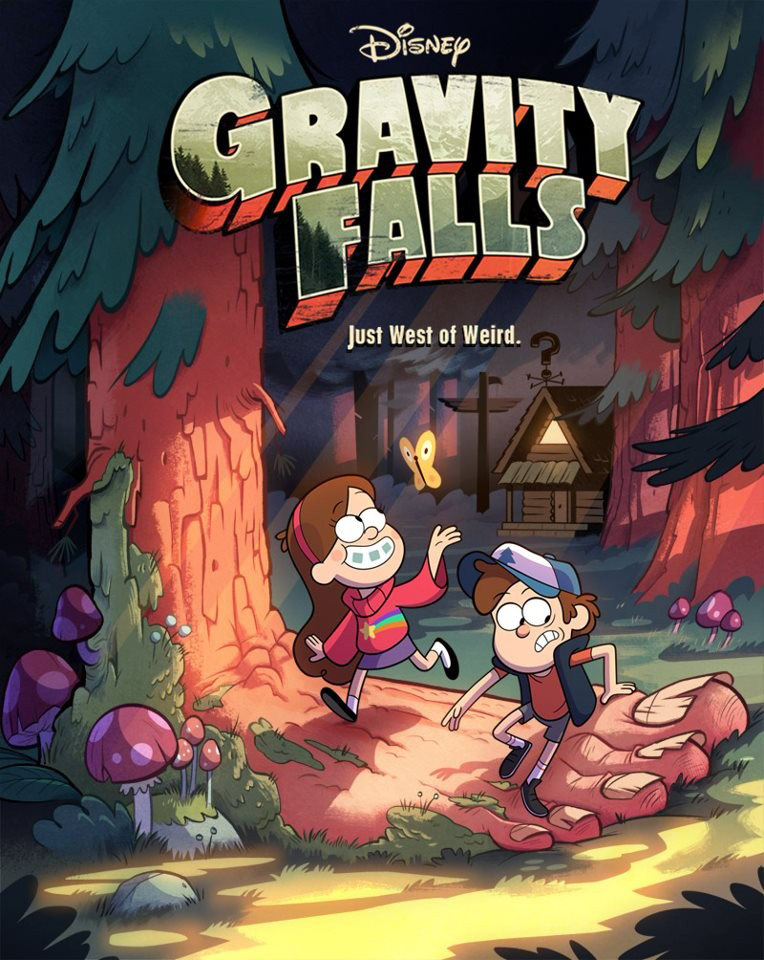 Throughout the show, the logic-minded Dipper looks at things from a more adult-perspective and is constantly looking to the future. While the child-like Mabel is always acting in the moment and wants things to stay as they are. In the end, they learn from each other and are able to grow up together to face whatever comes to them, in both a literal and metaphorical way.

And speaking of endings, what really impressed me about the conclusion of the series is that there was one. Many TV shows, whether they are animated or not, almost always get the ending wrong. This usually happens in one of two ways: either the show extends well beyond its prime and ends on a low note that is not particularly well written; or the show gets prematurely canceled and the ending is a cobbled together last minute mess. These are definitely NOT the case with Gravity Falls. It is very apparent that a lot of thought and love went into making this series, and the creator expressly stated that it was only ever meant to encompass one summer, told over the course of two seasons. Because of this, the ending has closure, finishes up the themes and what it was trying to say, and ties up its loose ends, while also leaving a slight touch of mystery that a show about mystery should leave us with. All in all, this was a well done series, and though I am sad to see it ended, I am very satisfied with the story that it told and the characters that filled it.