I was bored last night when I got a text from a friend asking if I wanted to see This is the End (2013) right then.  I had only vaguely heard of it; I’d read that Daniel Radcliffe turned it down because it had an awful script but offered to help improve the movie anyway, despite not being in it.  It had a lot of actors I know and love though, so why not?  Say hello to the end of days with an Adios Motherf***er cocktail and enjoy the apocalypse!

So colorful, and yet so dangerous.

Pour all ingredients except the 7-Up into a chilled glass filled with ice cubes. Top with 7-Up and stir gently.

Plot: Jay Baruchel comes to L.A. to hang out with Seth Rogen and go to a kickass party at James Franco’s new awesome custom-built house.  When Jay and Seth step out to buy cigarettes, however, they notice some blue beams of light abducting fellow citizens.  Things get a lot worse when L.A. cleaves itself in two and opens up to a cavernous pit of fire that swallows all of Hollywood’s most sinful residents.  As their friends die off one by one, the celebrities left alive in James Franco’s house try to figure out what’ll get them safe and into heaven before Satan comes to kill them all.

If you don’t remember Jay Baruchel from anything, he’s the adorably awkward nerdy guy from Tropic Thunder (2008).  He’s come a long way since then to play, well, Jay Baruchel. A note about that — in the end credits, you never saw “Jay Baruchel as himself” or “Seth Rogen as himself.”  It was always “Jay Baruchel as Jay Baruchel,” etc.  Something about the misrepresentation of actors’ lives.  At any rate, it was kind of fun imagining that Michael Cera really is a coke head scumbag or that Jonah Hill is kind of a prick.  Each actor plays an extreme version of what they think their fans might think of them.  And it’s glorious.

One of the traits it really takes for me to like a comedy is the actors not taking themselves seriously, i.e., watching an actor lose himself in the role without caring that he looks like a fool.  Take, for example, Tom Cruise in Tropic Thunder, Channing Tatum in 21 Jump Street, or Charlie Day in Horrible Bosses.  It’s almost as if none cared if the movie ended up good or not, because they were having fun making it.  This is the End nails it.  If that’s your thing, I recommend heading over to the theaters as soon as possible.

Now, as far as drinks go, I thought an Adios Motherf***er would be perfect for the end of the world.  I had one for the first time at the Cabo Cantina in San Diego, CA this January.  It’s definitely an aptly named drink.  Sort of like the Long Island Iced Tea of the west coast. At any rate, be careful when you drink it.  It has 7 ingredients and 5 of them are alcohol!  For the same experience I had, use: Svedka vodka, Bacardi Silver rum, Jose Cuervo Silver tequila, Bombay Sapphire gin, and Dekuyper blue curacao.

One of the things that made this movie unique is the rare genre it fit into.  Not quite a stoner flick, not quite a bromedy, and not quite a horror film.  I guarantee you though, it had all three of these themes.  It’s even a little bit of an action movie.  The fustercluck genre, if you will.  I genuinely found myself scared at some points, which is part of what made this film so brilliant.  By the end of the movie, my face hurt from grinning and my palms hurt from clenching my fists in fear.  Everyone else in the theater seemed to have enjoyed the film as much as I did as well, if not more.

The only thing I might not have liked about this movie was its copious use of pop-culture references.  At one point in the movie, Jonah Hill says something like, “Oh man, Jay, you’re really good at making pop culture references.”  It got a little tiresome, but hey, they’re just trying to cater to Millenials and 90s kids.  Don’t believe me?  SPOILER The Backstreet Boys have a cameo.  If foolish actors, frequent references to movies and bands you might not have heard of unless you were a teenager in the 90s, and the apocalypse intrigue you, go see this movie.  Now. 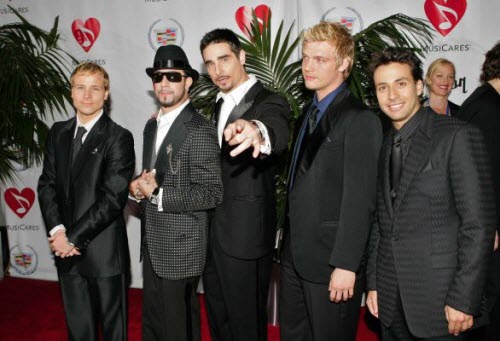