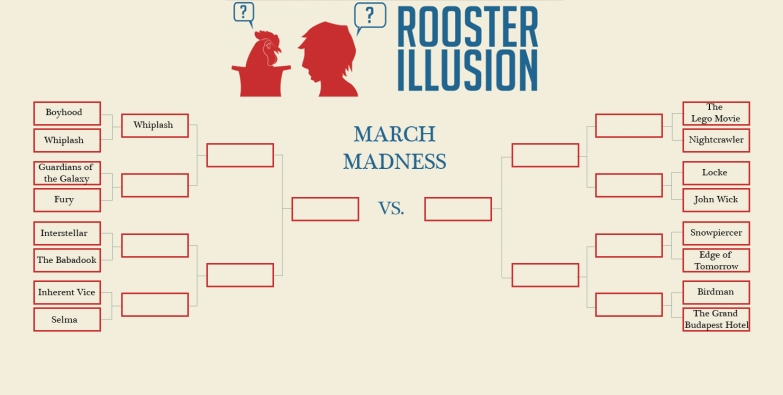 Whiplash won the first round of voting in a sweeping landslide, taking over 88% of votes, so I guess we can kiss Boyhood goodbye. Hopping over to the other side of the board, we have our weirdest pairing: a lighthearted animated children’s adventure comedy vs. a methodical, disturbing psychological crime thriller. Don’t forget that if you need a refresher on either film, you can check out our reviews of The Lego Movie and Nightcrawler. 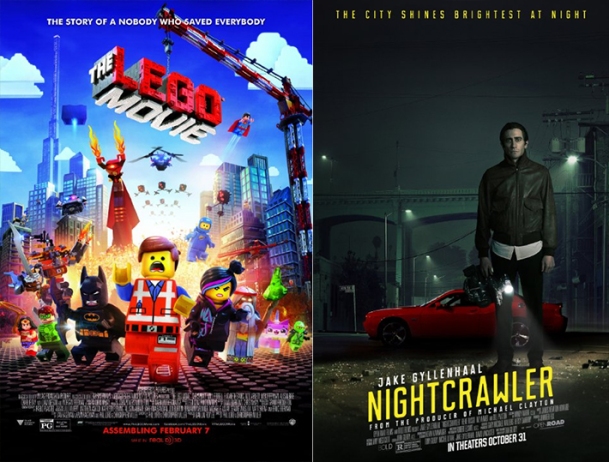